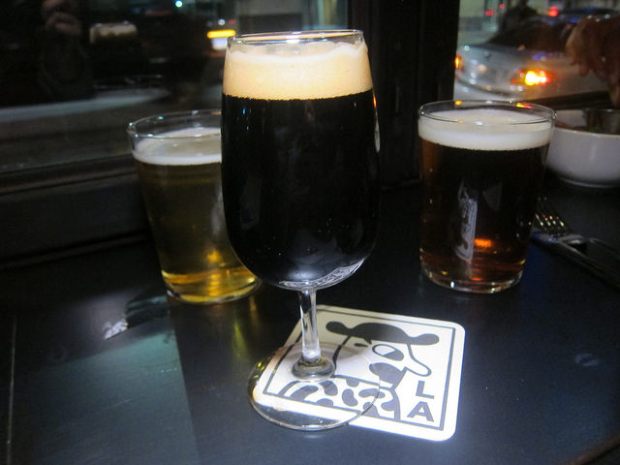 Mikkeller DTLA is now open on the corner of Olympic and Olive in Downtown Los Angeles. The beer hall is open for dinner and beer at night and will eventually open for lunch. In the meantime, you can also grab coffee, salads and sandwiches from their Kaffenbaren shop for lunch.

The beers are listed by what temperature they’re served at. For example, I ordered the Mikkeller Beer Geek Breakfast, an oatmeal stout our server recommended. It was listed at 55 degrees (Fahrenheit). After my friends and I tasted our beers, we agreed we ordered the right ones for ourselves. I tend to go for dark beers with porters and stouts being my favorite types. I did like my friend’s Flip Mode which is a Belgian style amber ale. I am not much into hoppy beers and didn’t find the Shapes that appealing. Though I normally am fine with any Belgian beers. 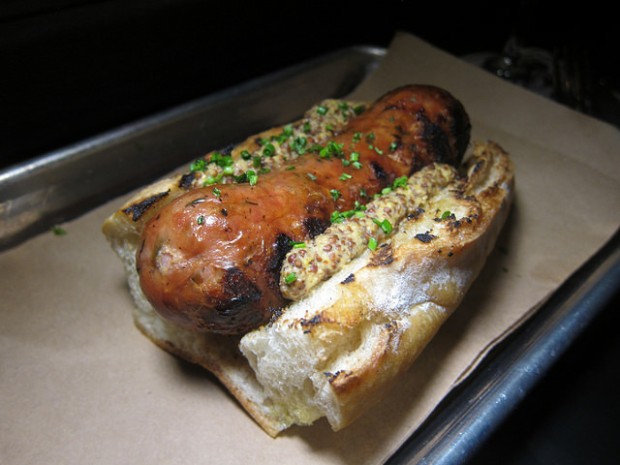 I thought I knew sausage. Apparently I had never had a thuringer sausage before. I liked this plump pork sausage with peppercorn. It was a tad bit salty but that’s why you get another beer to wash it down. 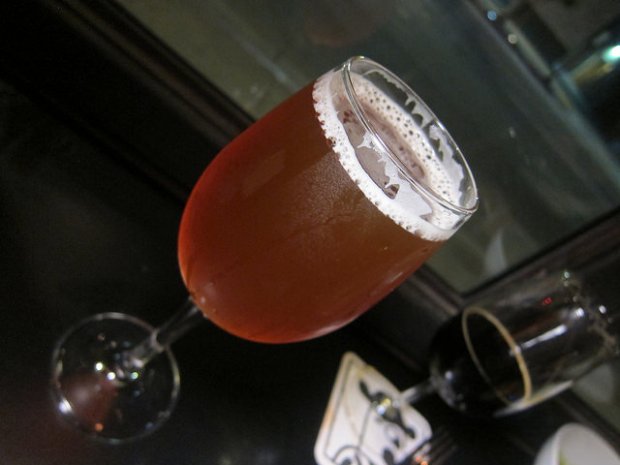 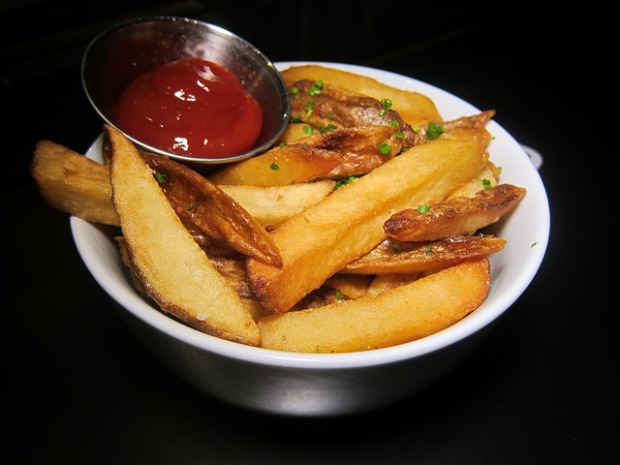 Mikkeller has really great fries! Generally I like thin cut fries but these little wedges were nice and crispy. 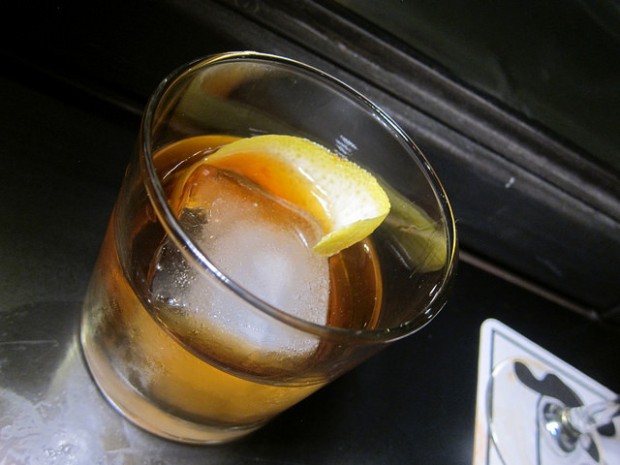 Mikkeller also has a full bar and a list of cocktails. I managed to try the one beer cocktail in the place. It’s not really obvious when you get the Old Fashioned it’s made with beer unless you know Mikkeller Black is their stout. I liked this variation as the beer gave the drink a slightly bitter edge. Other cocktails include a Vesper, Greenpoint, Casa Particular (rum based) and others. 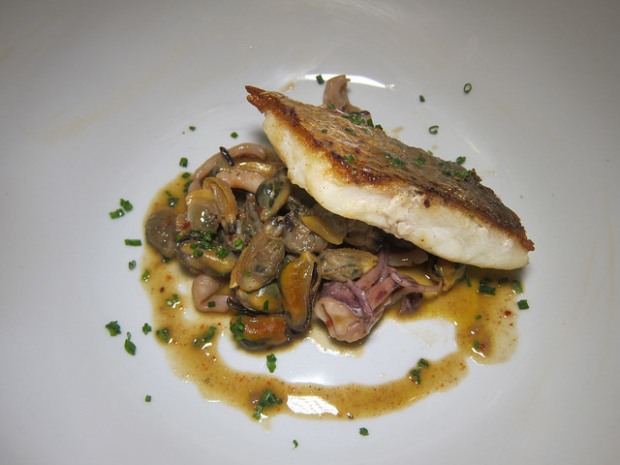 I was excited to see the sea bream dish at Mikkeller. Besides the sausages and the beef burger which someone said was awesome, I wanted to try other dishes. I probably should have stuck with more casual food like the brisket sandwich or went for the pork and lamb burger but seafood is my favorite. This dish also featured mussels, clams and squid. It was a little heavy handed with the salt but otherwise tasty. There’s also a steak on the menu. 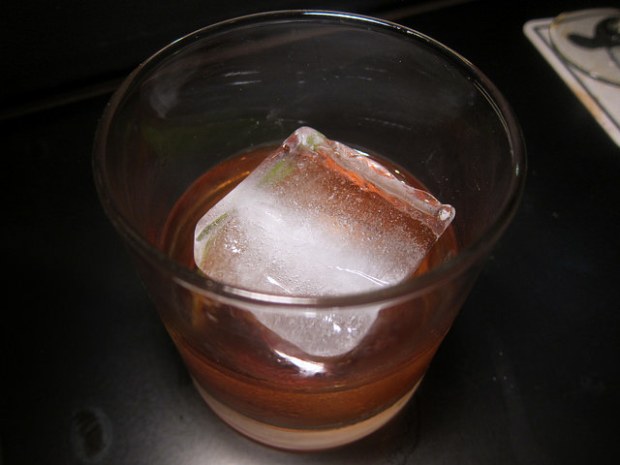 I also tasted the Oaxacana old fashioned. The tequila and mezcal drink was too sweet for me but others getting into mezcal might find this a good starter drink. Otherwise, I’d stick to beer! 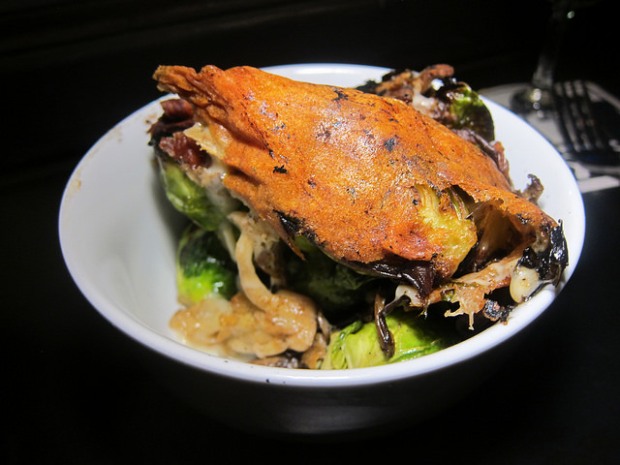 The brussels sprouts and mushrooms came topped with cheddar cheese that had been baked into a crisp. For those who love grilled cheese sandwiches with crispy edges, you’ll love this. 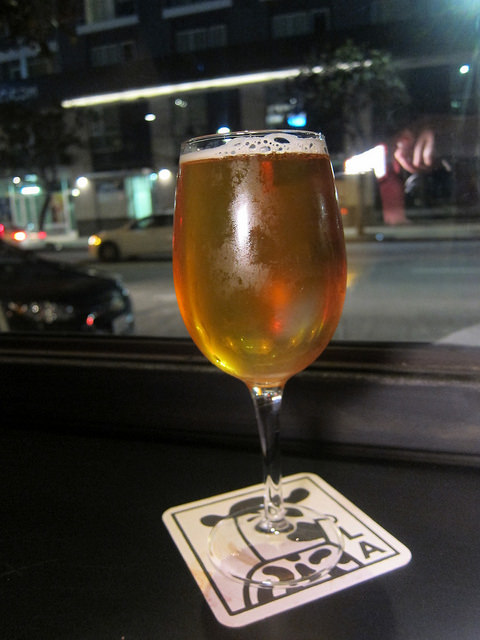 The last beer I tried was the Mikkeller Junius Brutus. I really enjoyed this beer. It made a good pairing with the fish.

South Park in DTLA is blowing up and I’m so glad Mikkeller is here on this side of town. It joins the new Prank Bar, Broken Spanish and Barcito in the area. Bar hop, anyone?