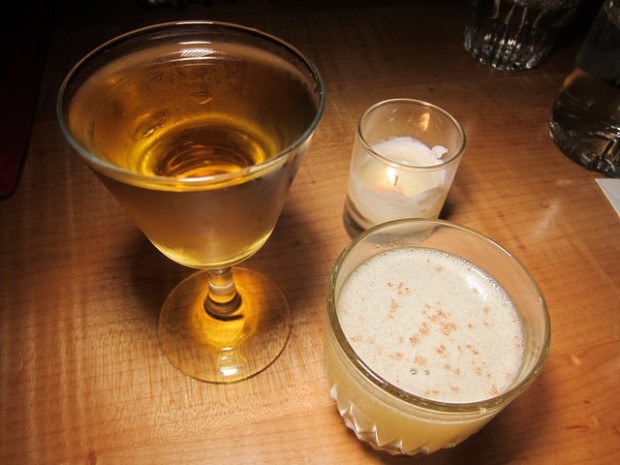 I was in Seattle for a long weekend and my friend and I chose to eat and drink our way through the city. Here’s a run down of the good times at some of Seattle’s finest bars.

We made it to Damn the Weather  after our meal at Fuji Sushi.

I had the crazy Iron Crown which featured not only aquavit but sotol. Talk about international flavors colliding. And the bitter Montenegro helps makes friends with both. My friend had the Pillow Talk which not had a great name but was quite nice on a cool night. It made everything seemed tropical and warm despite the chilly weather outside. Perhaps there’s something to the name after all.

After Damn the Weather, we headed over to Rob Roy where we had a couple of drinks before heading up to Capitol Hill for more shenanigans. Rob Roy is one of my fave bars and I try to go whenever I go to Seattle.

I was slowly easing into more “juicy” drinks and opted for the Mad Sweeney. My friend kept her spice kick up with the Saffron Sandalwood Sour which she loved. It was very delicious. It was very intriguing to see saffron sharbat in her drink. It’s a concentrated fruit drink with origins in the Middle East. 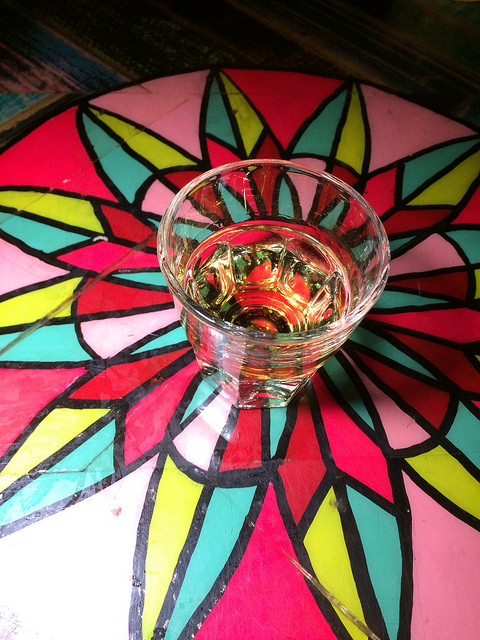 Then we headed to the over-the-top super colorful Unicorn, I had a wee dram of Scotch. I chose Glenmorangie for this evening. It was relatively inexpensive for a high end Scotch. This place looks like it’s generally known for fruity and sweet cocktails so I’m glad I got something neat. 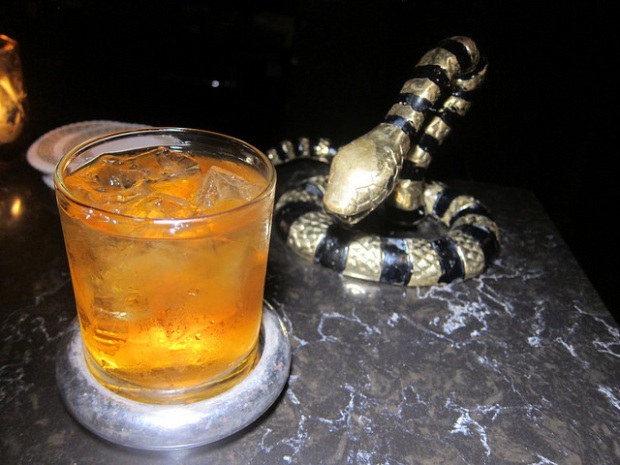 Heading down Pike, we got to Foreign National. It’s right next door to Stateside. Besides Herb and Bitter, this was my other favorite (new to me) bar on the trip.  We had just finished watching a lot of episodes of Naked and Afraid and I dubbed this bar crawl Naked and Afraid, The Minty’s bar crawl in Seattle.

It was very funny then to see a snake at the bar, just hanging out saying hi to everyone (just kidding, it’s not real!). 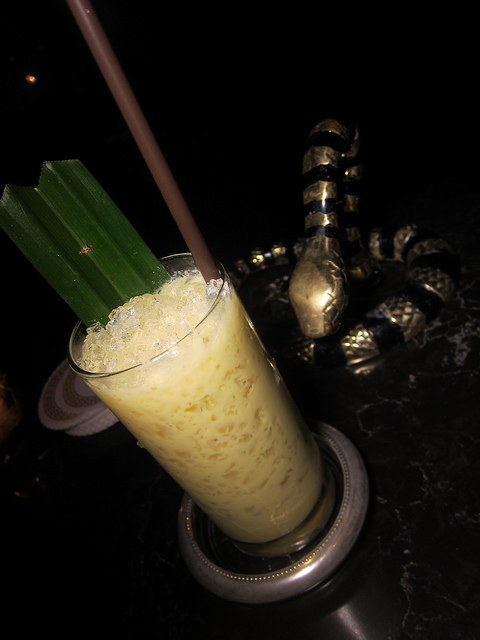 There were so many interesting drinks on the menu and in retrospect, I probably should have gotten something out of my usual wheelhouse. However I enjoyed my Godfather Part II. I was a tiny bit jealous though how much my friend loved her Silk Road. It did look delicious and refreshing. Perhaps I’ll have to go back for a better menu tour sometime soon.

The guys at Foreign National heard we were next headed to Rumba. They sent us off with a boomerang (a gift) for them. I’ve been to Rumba before and I think it’s one of Seattle’s coolest bars with very well made drinks and stellar food.

It was pretty funny neither my friend and I ordered rum drinks though at a rum bar. Well, she had a little rum in her punch but the focus was trying new things so we both got arrack cocktails. I had Batavia Arrack in my stirred drink and she had arak, the Indonesian “rum” (cane spirit). We really had a great time at Rumba and they were very sweet for not immediately kicking us out as last call came and went. They let us finish up our drinks before cleaning up the bar. I love closing down bars.

After dinner at Joule, we walked down the street to Russell’s, a local neighborhood favorite. Famed Seattle barman Erik Hakkinen was working when we stopped in. Luckily we got there just as a couple of seats opened at the bar. I ordered a Martinez to give Erik’s old craft bartending skills a whirl. He says Russell’s sells the most Underberg in Seattle and I believe it with all the caps at the bar.

Erik at Russell’s encouraged us to stop into Zig Zag. He worked there for years and he said it’s still solid. I agree. I had the Armistice, a lovely Manhattan variation. Though I did think about a Last Word but it’s not the same without Murray making it there.

Although we had a massive meal at Joule, we couldn’t help but get some Greek fries to round out our night. What a perfect vacation in Seattle.

One thought on “Seattle: The Minty’s Mega Bar Crawl”