Mid-City: The New Drinks at The Ponte

I recently went back to the Ponte to check out the new drinks. First off, let’s go with a spritz. As it turned out, this giant drink (not really giant) was very refreshing and just the thing to whet your appetite. 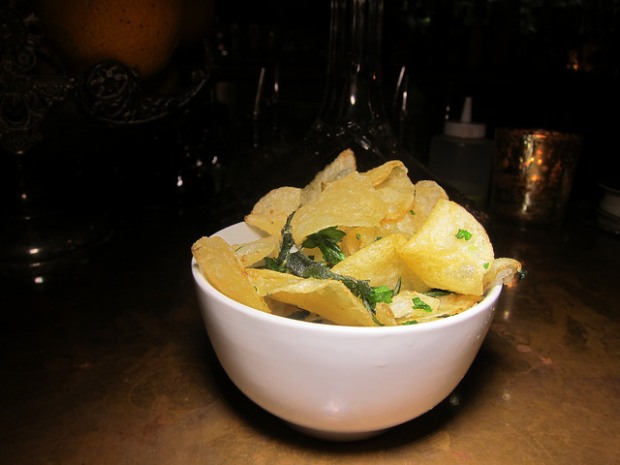 Oh man, I’m so addicted to chips. These fancy ones at The Ponte were fun!

Who can resist a beautiful plate of proscuitto and olives? 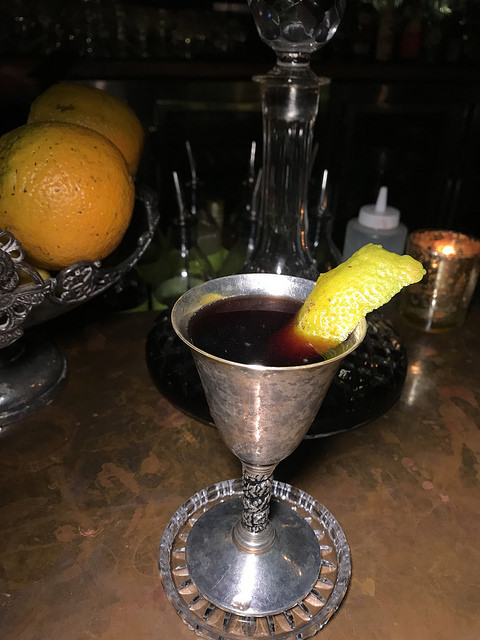 I must be in an Italian restaurant. Yes, I’ll try the grappa cocktail. This one is quite interesting with one of my favorite vermouths, the Alessio chinato.

I love living in California with all its fresh produce. Little gem salad at The Ponte is great. Delicious dressing and perfect before the onslaught of pasta. It’s about balance, yo. 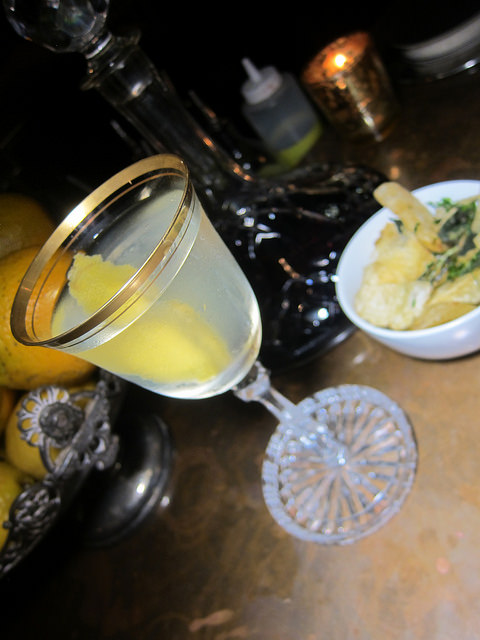 Every now and then I go clear. I had the Ponte martini with all sorts of house goodies including their orange-infused vermouth and housemade bitters all with one of my favorite gins, Sipsmith. 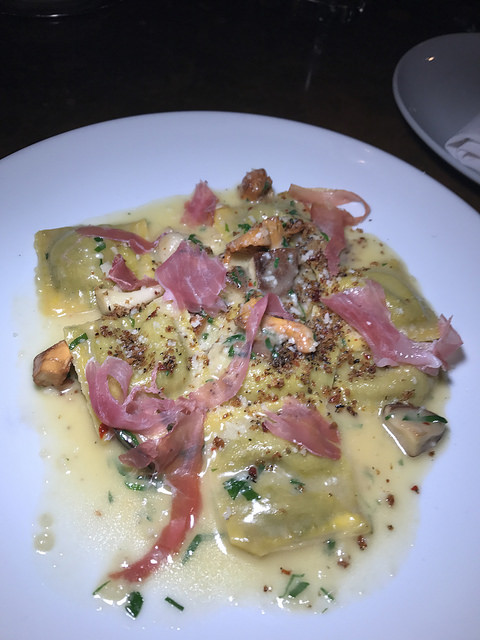 Remember how I said the proscuitto was fantastic? Well, it’s even better on top of the fabulous mushroom ravioli. 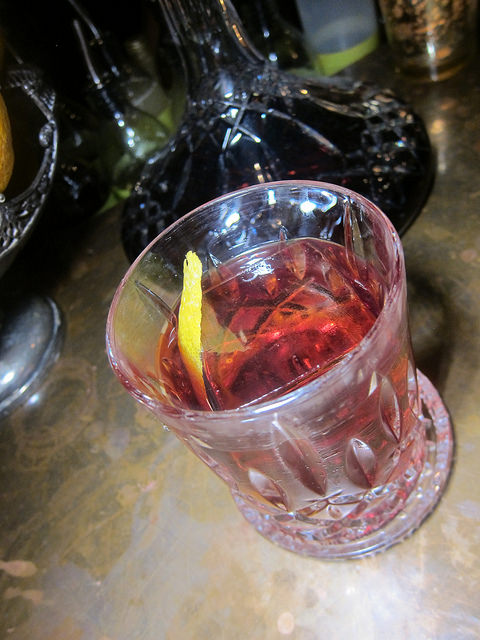 One of my favorite cocktails is a Negroni. I’m always up for trying variations. I love that you can get a Negroni flight. The Ponte changed up one of the three on offer to an apple brandy one so I got a full sized one to try out. This blends both American and French apple brandies with what else, an Italian aperitivo which has hints of grapefruit and candied cherry.

I was also super into the other pasta we had, the porcine mezze rigatoni. The sausage in the dish really made it.

I went back a few later and tried the black farfalle with lobster (not shown). I’m really digging all the pastas I’ve had so far at the Ponte. 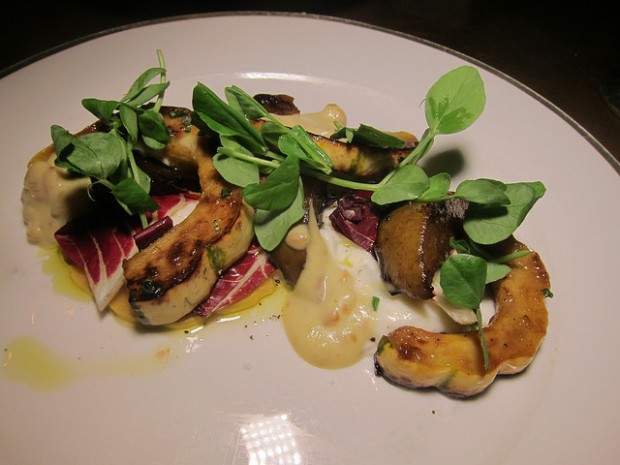 I love delicata squash and enjoyed this side dish at the Ponte. Has anyone else noticed delicata squashes are turning out more yellow these days instead of the creamy white and green stripes? Or are we just eating them more mature? Someone with a green thumb tell me!

And lastly but not least, I had the Monte Rosa Sour. This was one of my faves of the night. I just love egg white sour drinks. It’s the perfect dessert.