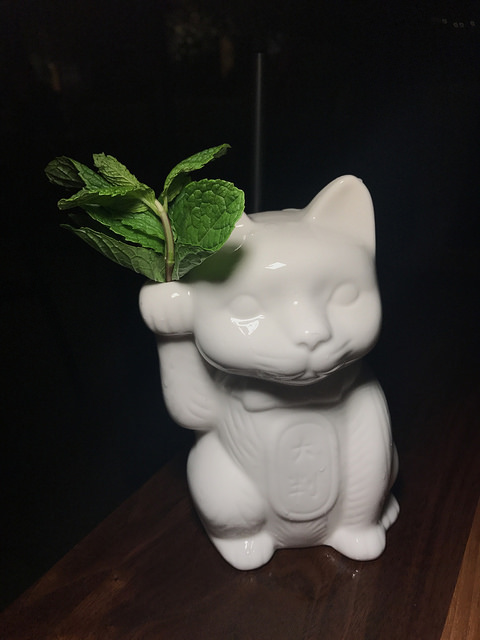 New York Chef David Chang of Momofuku fame opened his first Los Angeles restaurant recently. I went to Majordomo in Chinatown to check out the celebrity chef’s food and drinks. Reservations are apparently hard to get but not if you’re willing to eat with the blue hair crowd or late at night. We opted for the early reservation and then went to Apotheke after for (more) drinks.

When I ordered the Thriller, I had no idea it would come in such a cute kitty mug! I felt like I was at Benihana (ha!). When I inquired what other drinks came in cool glassware, the reply was only the Thriller. Later I saw someone get the Thriller and was given one in a tiki mug. So the kitty is not always a constant. Typical fickle felines. 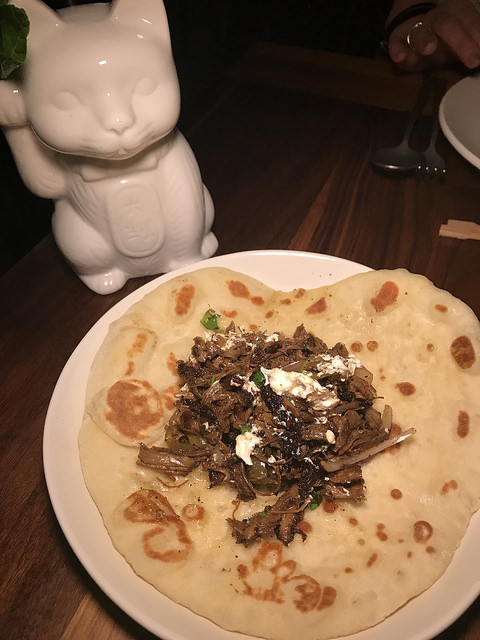 I heard a lot about the bing (Chinese flatbread). We went with the spicy lamb topping though I would not have minded eggplant.

I was also interested in the smoked pork neck and fried eggs. The stuffed peppers with Benton’s sack sausage also sounded intriguing. 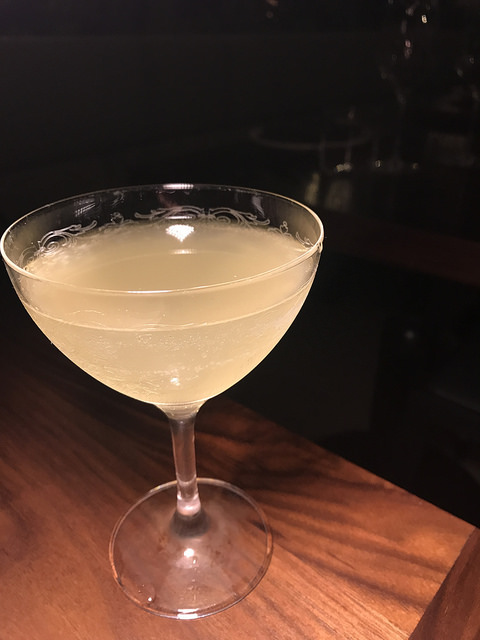 My friend had the Pacific 75 which is a play on a French 75. 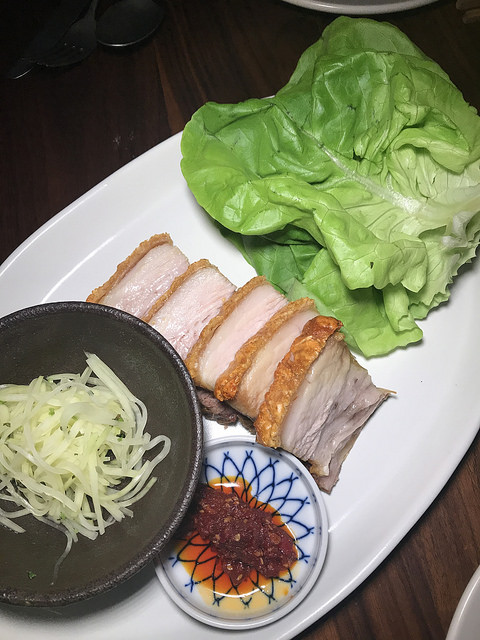 We got the crispy pork belly which felt like a preview of the spicy bo ssam that feeds 4-6 people (and also cost $125!). Good thing the crispy pork belly is “only” $22. I liked the crispy skin on the pork belly slices and appreciated the green papaya which helped lighten the fatty meat. You go lettuce wrap style and make yourself a nice little package of porky goodness. 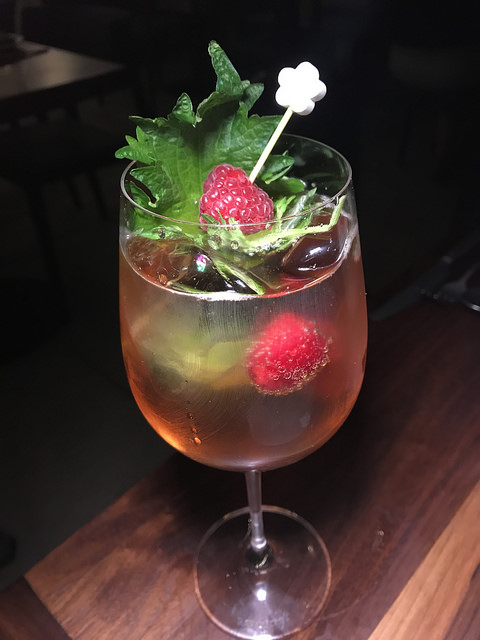 For our last drink at Majordomo, we shared the Market G & T. I don’t always love tart drinks but the balsamic vinegar is very mellow and brought out the sweetness of the fruit. 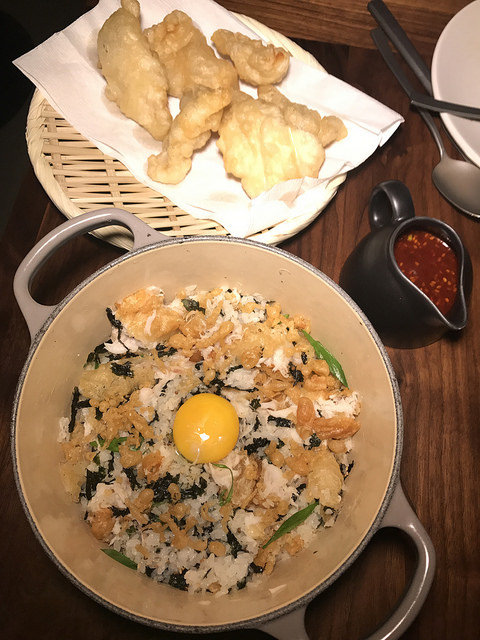 When we got the fried skate wing rice, I thought it was fried rice. It’s actually fried skate with rice. You add in a gochuchang vinaigrette and break the egg yolk for some tasty fun. This is meant to be shared between 2-3 people. I would actually suggest getting rid of the extra skate and charging less. There are so many other big shared plates on this menu and this rice is almost unnecessarily expensive.

However, if I do come back with a large group, I want all the noodles. The rice cakes with the spinach and seaweed or pan fried chow mein clams and mushrooms would be my pick. 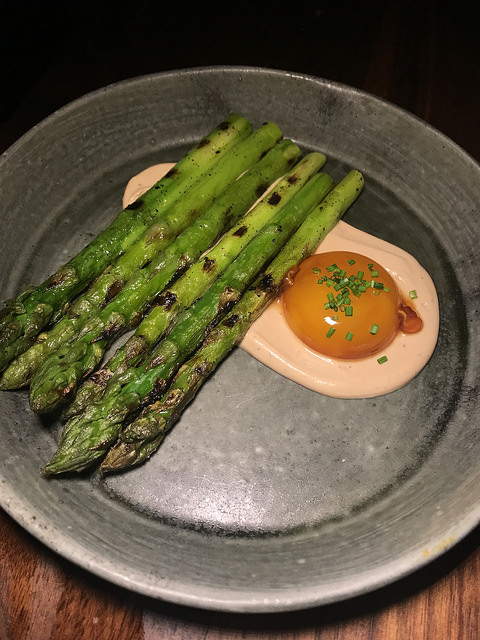 We also got the asparagus which came with pine nut miso and a soy-cured egg. You really need to roll the asparagus around in the miso and egg to get any flavor as it seems the asparagus was just grilled without even a touch of salt. Still, it was a pretty presentation.

I heard the oshinko was really great. This is the kimchi plate and what I would like to get next time. I was also eyeing the braised turnips.

Now that I’ve gone, I’ve been asked is this what LA really needed? Probably not but I did appreciate you can find all these various Asian dishes under one roof. We had flavors of Chinese, Korean and Japanese all rolled into one big happy fusion. Plus there’s booze which you don’t see a lot at Asian restaurants.

Actually what I’d like to see are more casual Asian eating and drink spots like Little Fatty or Peking Tavern.

← Orange County: Lunch at OC & LAU
Mid-City: Gin and Tonics at Fountain Bar at The Grove →

2 thoughts on “Chinatown: Dinner at Majordomo”