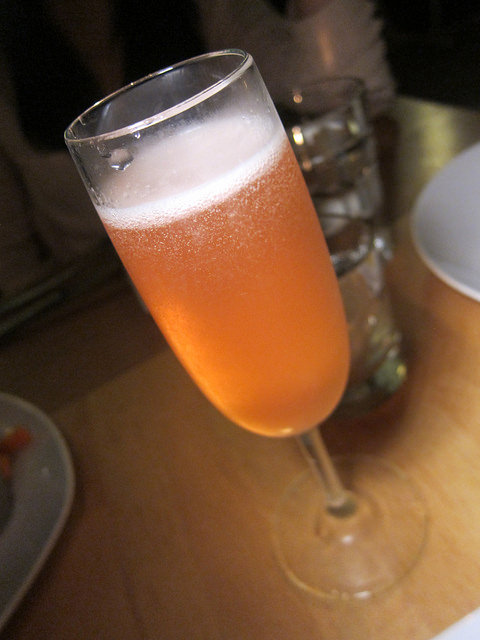 Edit 11/9/16 – apparently Status Kuo is changing its name to Little Fatty and the bar will be called Accomplice.

I recently was in Philadelphia and a bartender I met there asked me if I had ever been to Status Kuo in Mar Vista. I hadn’t and thought I should check it out upon my return to Los Angeles. I had been meaning to for a while though my list for LA restaurants is always a big project to tackle.

We started out with a couple of drinks and appetizers. My friend had a fizzy drink while I went with my standard Minty drink (brown, bitter, stirred). 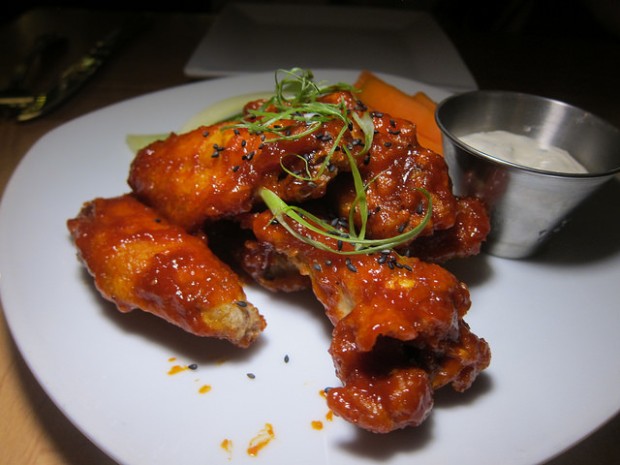 If I see wings on a menu, I will get them. And since I’m not a big fan of bleu cheese (though I absolutely will always go for bleu cheese over ranch when it comes to Buffalo wings), I was delighted by the tofu sauce that mimicked the stinky cheese sauce of choice.

Party Starter Punch (for one)

If you happened to spy Party Starter Punch, the punch bowl on the menu and didn’t bring 5 others with you, you can still order it as a single serving. With both tequila and mezcal, it will get your party started. 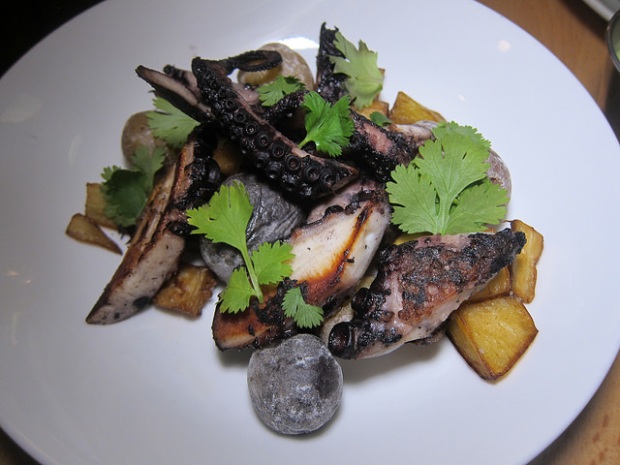 While I may be nearing an octopus ban — it seems almost every trendy restaurant in LA has octopus on the menu — we still ordered it and I’m glad we did. It was very tender and still had very good char. Plus the potatoes (those purple balls!) were perfect. 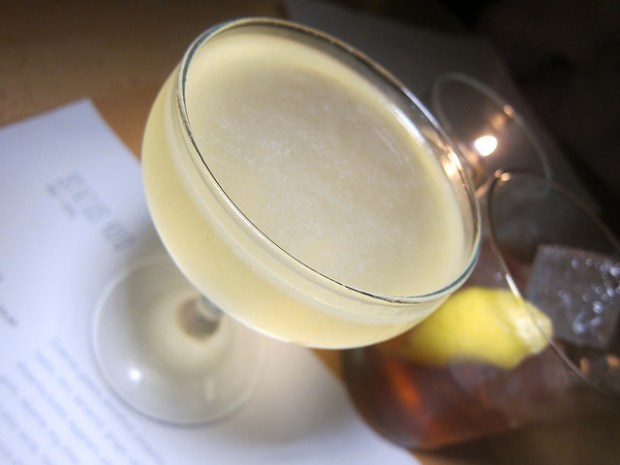 My friend really enjoys tequila and mezcal and I liked her Pushing Up Daisies. Despite having three liquors and/ or liqueurs, it was very well balanced. 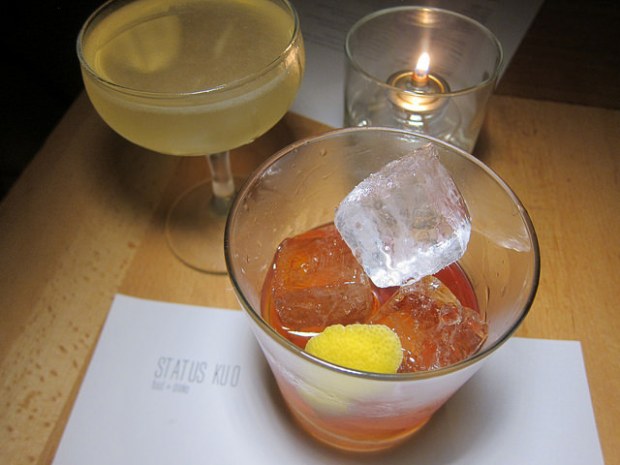 As mentioned, I had something brown, bitter and stirred. I was intrigued to see the use of Galliano in this old fashioned variation. It was actually very nice despite my disappointment no 70s fros rocking disco dancers popped up with Harvey Wallbangers.  I also had a pisco sour as the pisco drink on the menu had honeydew in it and I am actually allergic to melon (I’m allergic to pineapple too but I’ll never give up tiki drinks). 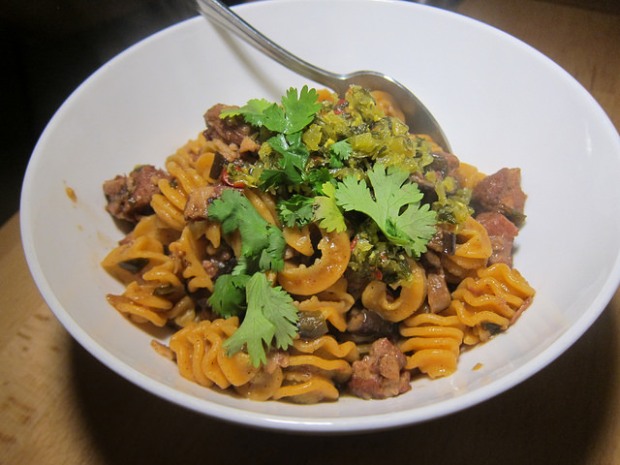 My favorite dish of the night was the Sunday Gravy. The slightly Asian-y pasta was really elevated with a dash of chili sauce. 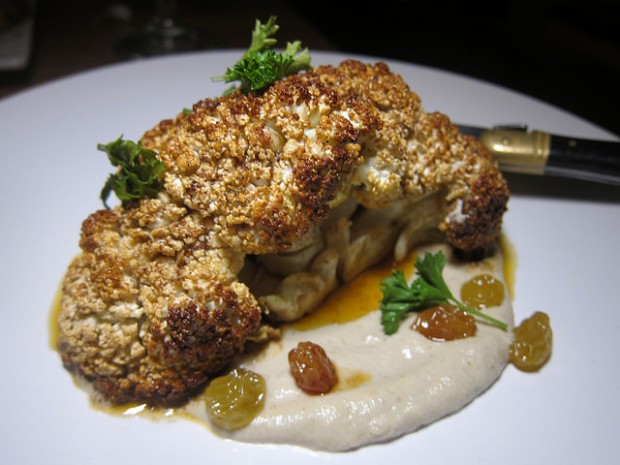 And I couldn’t resist getting the roasted cauliflower because I firmly believe in balanced meals and vegetables. I liked the raisins in this dish. It reminds me I don’t eat raisins nearly enough– Nature’s candy!

I heading back to Status Kuo soon. I need to get that Sunday Gravy and try out more of the drinks. It’s a wonderful neighborhood spot and if I lived nearby, it’ll be in heavy rotation.

4 thoughts on “Mar Vista: That Sunday Gravy at Status Kuo”