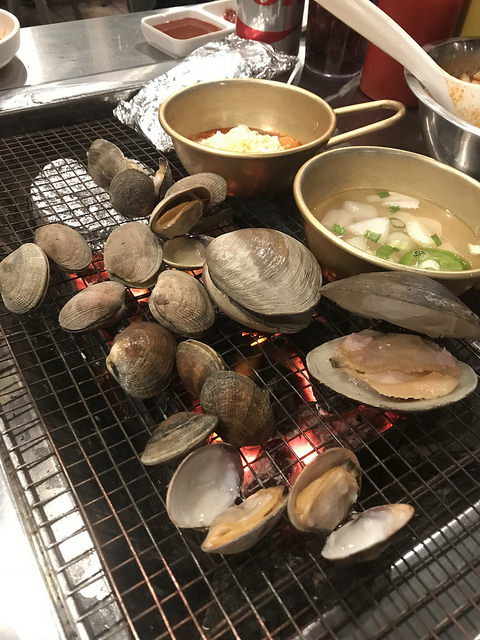 grilling all the goodies

After checking out DaeBuDo, I had to go to the one everyone agrees is the “better” Korean seafood grill joint, Jae Bu Do.

It’s located on Western next to a busy KBBQ so the parking lot is tiny and crowded.

Since we arrived a little on the later side, we got a table right away. Interior wise, it’s a little scruffier than DaeBuDo which looks a bit hipper and more inviting. But we were there to eat, not to admire artwork.

As mentioned in the DBD post, JBD charges little bit more for their combos. However, I think you get slightly more seafood. For instance, DBD gives you four shrimp and JBD gives you 6. It’s very minor and perhaps worth the extra $5. 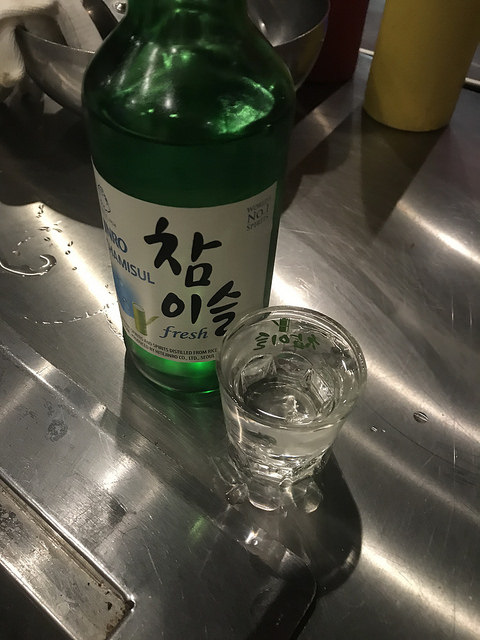 I got soju as I need something to help me digest the onslaught of seafood. 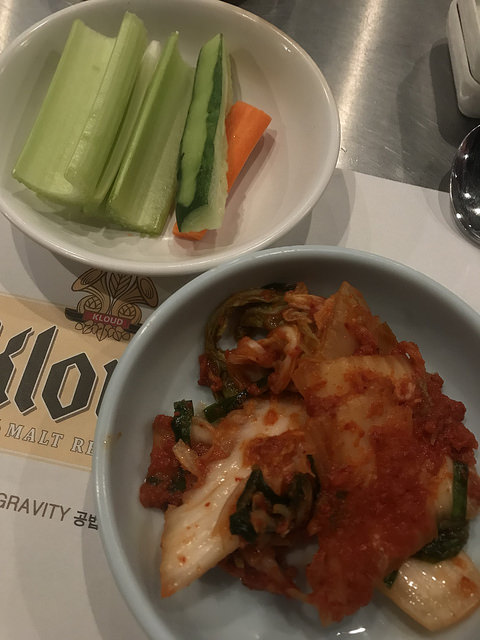 Here at JBD, you get the addition of cucumber with your raw veggies of carrots and celery. I also got a couple rounds of kimchi because I love it (DBD has an edge on JBD for their kimchi though). 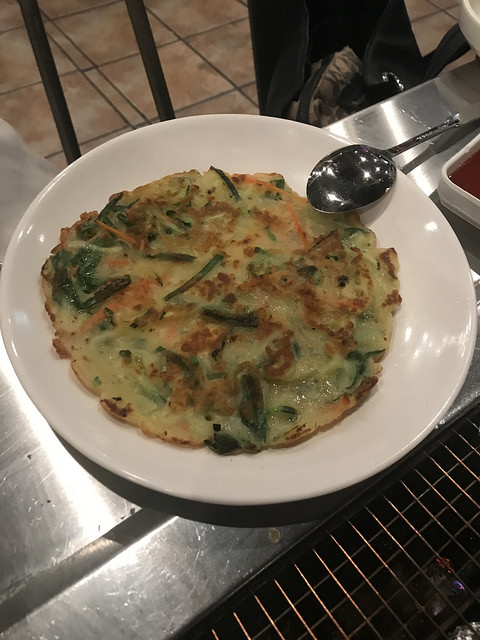 The panjeon (veggie pancake) was good. 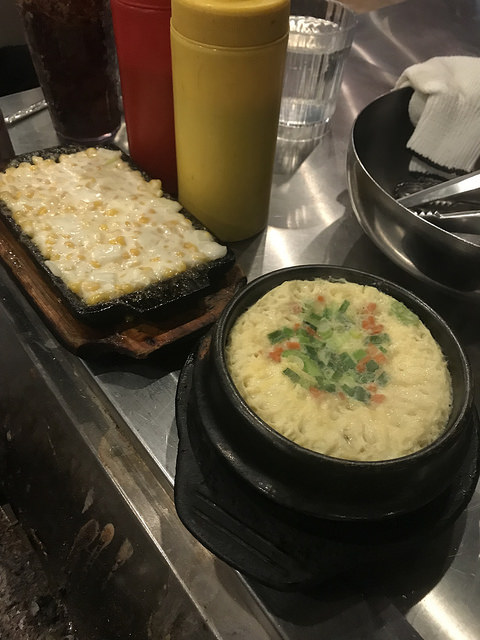 However, my favorite sides were the cheese corn which I think was actually a lot of butter! It tasted like creamed corn which is my favorite Thanksgiving side dish. Mmm.

The steamed egg is good with chili and gochujang (in the yellow and red squeeze bottles. They’re not ketchup and mustard bottles here). 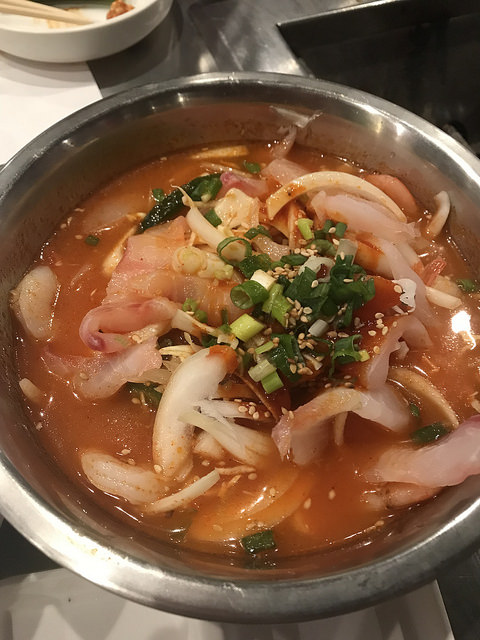 We started with the Korean ceviche. This has fish and shrimp. All the sides came rapidly. 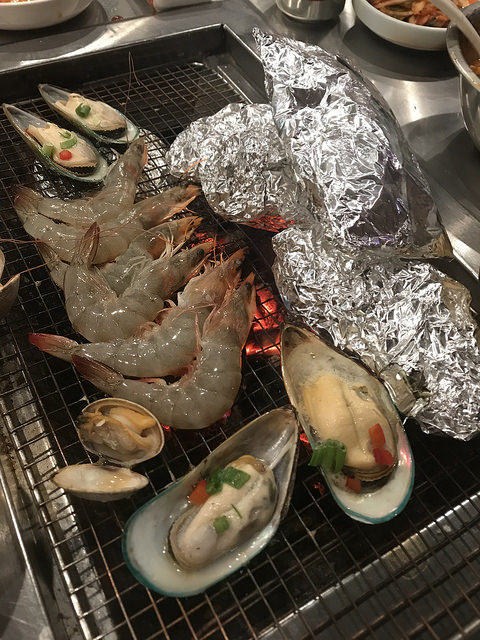 throw some shrimp on the barbie

The servers will help you grill and will come over to cut the oysters and giant clams into manageable pieces for you. I loved the clams and shrimp. 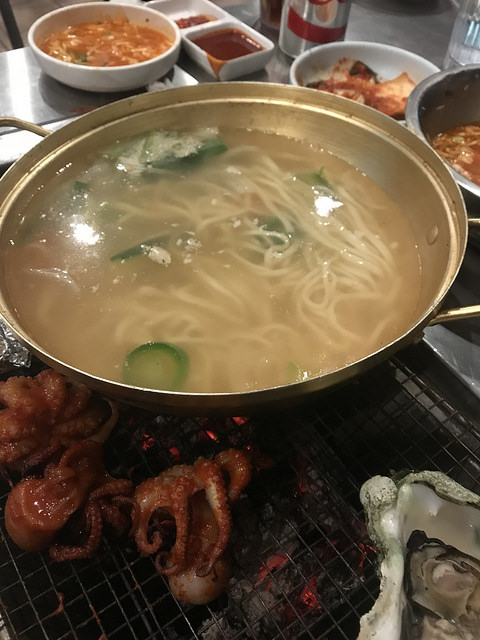 My friend really liked the baby octopus. Jae Bu Do gives you a generous amount of noodles and broth (but no stray clams like DBD). We were so stuffed, we couldn’t finish the white peppery broth.

And when you finally think you’re absolutely done, you find room to eat the sweet potatoes that have been gently cooking in the coals.

Real talk? Which one do I prefer? I liked both for different reasons and would return to both in a heartbeat.

2 thoughts on “Koreatown: Wonderful Seafood BBQ at Jae Bu Do”