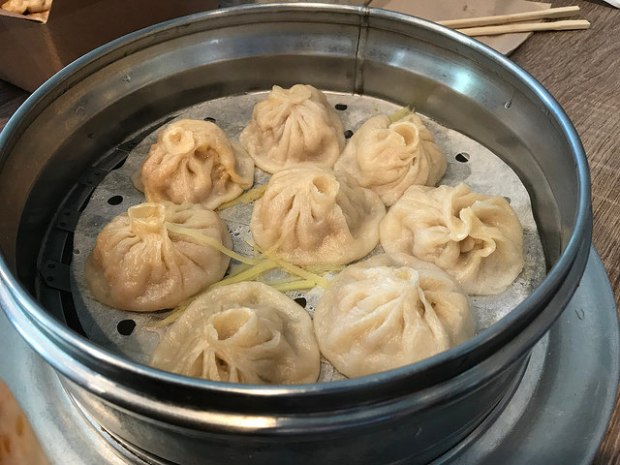 Last week I posted about Joy, a Tawainese/Chinese restaurant in Highland Park. When it and Mason’s Dumpling Shop opened, friends asked me to go but I didn’t place them very high on my list of restaurants to visit as I often am in the San Gabriel Valley. Why should I make a trip when I can easily get the same food (for a few bucks less!). But as it turned out, Joy was a convenient stop after my recent tour with GHOULA (Ghost Hunters of Urban Los Angeles) at the Heritage Square Museum and then I went to Mason’s as part of my recent Highland Park bang bang (food crawl).

Mason’s is related to Luscious Dumplings in the SGV so I do know the food will be good. Located in a strip mall, parking is relatively easy at Mason’s. You order from the counter and they bring the food to you.

The xiao long bao (soup dumplings) are in the traditional metal steamer but the other food was served in take out containers which was a bit odd but probably good in the long run since we ended up with a lot of leftovers. 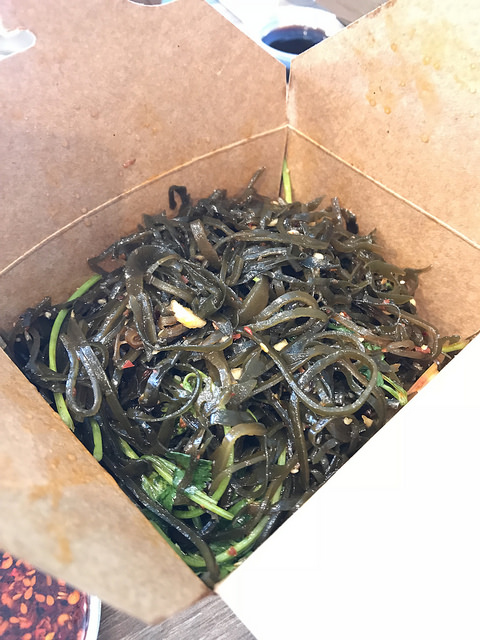 I do have to say we got A LOT of the seaweed salad and woodear mushroom salads in the take out containers. I ended up with these and spent 3 days eating my leftovers. I really liked both. The seaweed was nicely crunchy. 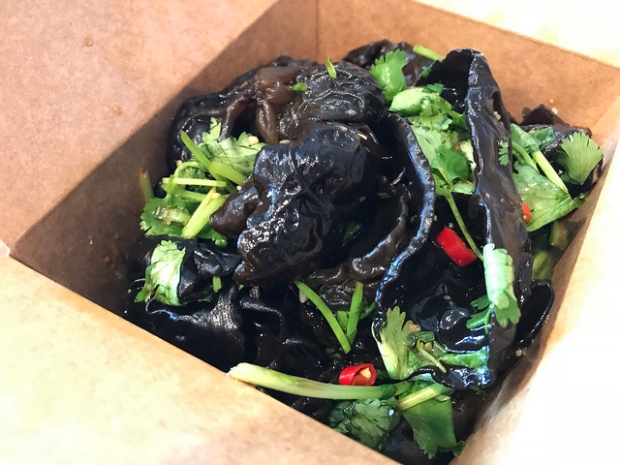 I also thought the woodear mushroom was great. Lots of cilantro and the mushrooms had been reconstituted well. Some might not like that soft-ish texture but Chinese food is all about textures so I was into it.

As mentioned, most food came in take out containers so it was not looking too pretty for the pork pan fried dumplings. But they did taste great!

My favorite dumpling of the day turned out to be the boiled pork, shrimp, egg and chive dumplings. I wished Mason’s had noodle soup to go with these dumplings. They do have rice bowls but I didn’t feel like trying any of them. I am a dumplings and noodles girl at heart.

I wasn’t into the ginger sesame chicken bao as much. But I’m generally not a bun/bao, bread person. I also have to acknowledge I’m not an over the top sauce person either and this was way too much stuff hiding the bit of chicken and I felt the bao was just slightly to mushy.

I don’t normally go for bok choy but that was the only veggie offered (I don’t count the appetizers). As it turned out, the bok choy was very good. It was very fresh and only needed a bit of soy to complement the garlic stir fry. 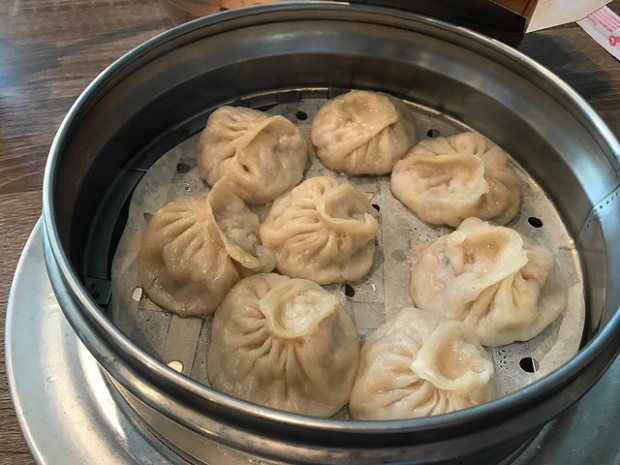 We also got the snow crab and pork XLBs. I had a hard time with these and pork ones. Using a plastic spoon instead of the traditional Chinese soup spoon led to spillage of the precious soup from the dumplings. Mason’s also could have been more generous with the slivered ginger. San Gabriel Valley wins over Highland Park for XLBs.

Overall I am glad Highland Park has the opportunity to get great Chinese food. But as mentioned, Mason’s isn’t a destination spot for me. Now I have to plan another dumplings food crawl (bang bang!) in the San Gabriel Valley soon.