blind tasting of SMWS with SCWC

The Village Idiot is the original gastropub in Los Angeles. I’m glad to see it has survived through the years and recently I went in to check out a blind tasting of Scotch Malt Whisky Society presented by the Southern California Whiskey Club this past December. 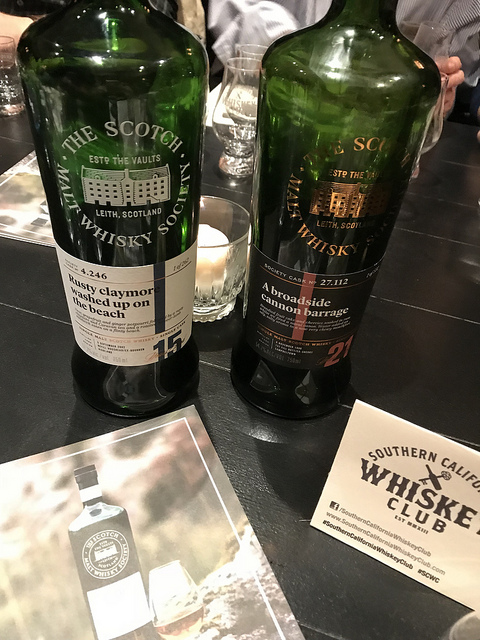 We tasted 8 bottles blind. SMWS also bottles rum, gin, brandy and more so it was really fun deciding if we were really drinking whisky.

Bonus, we got to try a couple bottles before the tasting began.

Rusty Claymore Washed Up On The Beach 4.246

what are your guesses?

We went at our own pace writing down our guesses. Some club members got really specific (brand names) but I stuck with general categories. 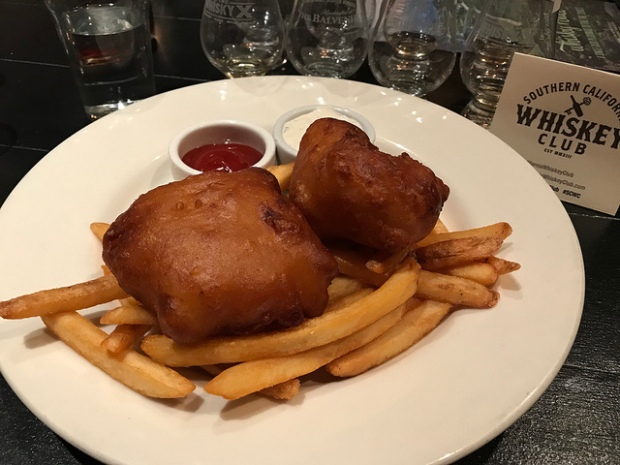 Most of the club ordered fish and chips including myself. The fries were great. I also enjoyed the fish though I viewed the two cube-shaped pieces a bit oddly at first. Turns out the batter is fantastic and the fish was tender and flakey.

I mixed the ketchup and tartare sauce together for a take on Thousand Island. I don’t eat ketchup but I do when I mix sauces. I prefer a liberal dose of malt vinegar for the fries!

salad – because I can and should

So how did I do with the blind tasting? I got 5 out of 8 right. Which I suppose is more than half… one was truly a stumper. Several of us thought it was Armagnac but it turned out to be Scotch!

Most of what we tasted was Scotch whisky. I would love to taste the rum, gin and other whiskys SMWS has bottled.