Jin China Bistro opened last year but it took me months to go over there as I hadn’t entirely forgiven them for taking over the old Hotpot Galaxy space. I was at Hotpot Galaxy (formerly Tangerine and an even older ramen shop) at least once a month. I needed and always found a reliable lunch special at each of these three spots and now Jin is in my DTLA lunch rotation.

The first time I checked out Jin, I was by myself so I just had a lunch special which also comes with salad and soup. The server recommended the string beans which I got with shrimp. 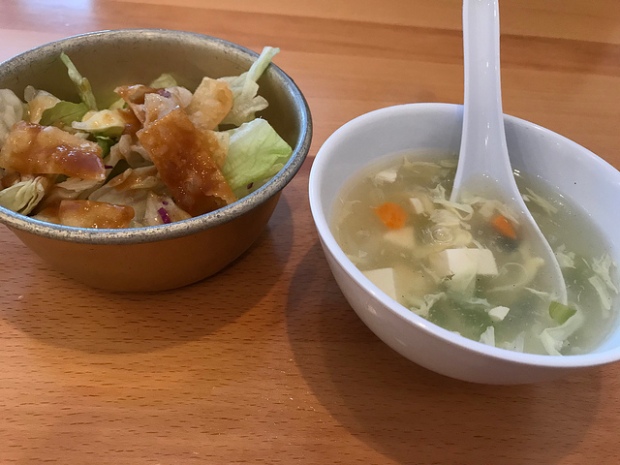 I found it to be a very solid lunch and enjoyed the string beans. The salad and soup are fine.  What’s great is the value compared to the price and at $11, this was a good deal. 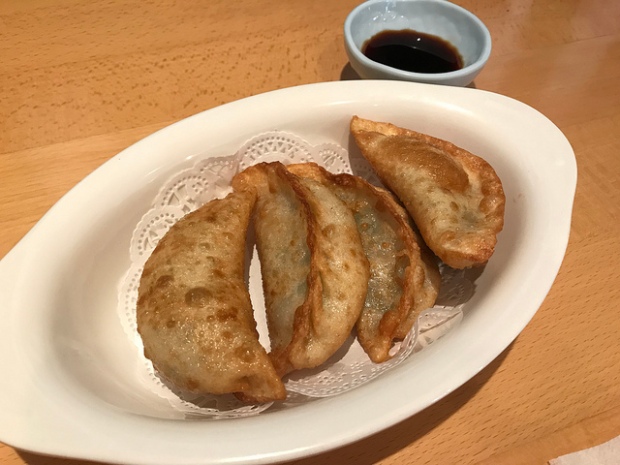 The following week, I was back with a coworker and we each got an additional appetizer on top of the lunch specials. She got the chicken potstickers. And I had soup.

I chose the wor wonton soup. Yes, I know they’re not my favorite Hong Kong-style wontons but the soup was actually not bad and I saved the broth to eat with my rice from my lunch special. 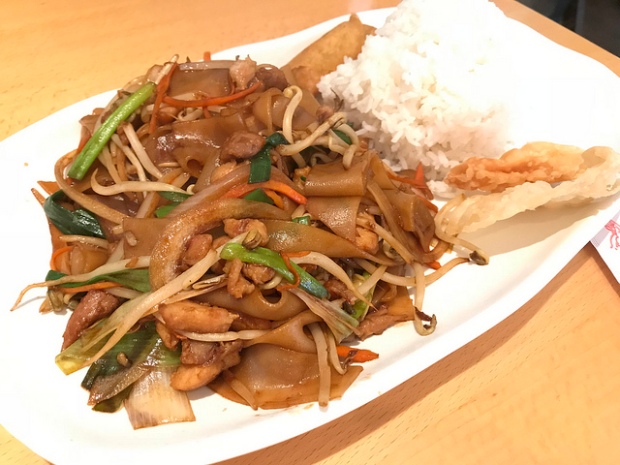 My coworkerk got the chicken chow fun which she said was pretty good.

I had the Singapore noodles which I found had the right amount of curry powder. I got this with shrimp as well. I liked that the shrimp were lightly fried. I ignored the wonton chips but didn’t mind the mini veggie egg roll. As mentioned, I saved the rice for my soup – that’s real Chinese for you!

Jin is actually a Korean-Chinese restaurant. So they’re better known for their Korean-Chinese dishes and in particular the noodles. Next time I’ll have to try the jjampong (spicy seafood or beef noodles) and jajangmen (black bean sauce noodles). I’d be interested in their sweet and sour pork, another Korean-Chinese favorite.