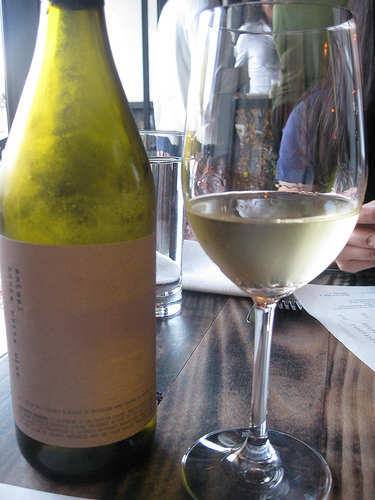 Last week Animal with guest Chef Jeremy Fox was serving up vegetarian meals. Read The Delicious’ beautiful blog about it.

As much as I love veggies, I like meat more. And so I trooped over with a gang on Monday to enjoy Animal’s more standard meaty fare. In December (when the blog was young and I didn’t know how to take proper food pictures yet), I had a great meal at Animal. It really is one of my favorite restaurants. 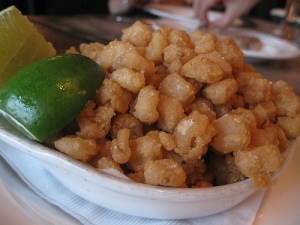 The five of us decided to order a slew of appetizers and a few mains. I think we probably could have gotten away with no mains but no one but me had gone to Animal before. And you really should have foie gras if you’re going to Animal.

The chicken really stole the show. The hominy was a good snack as we waited for our other apps to come. The poutine, a much anticipated dish for me, didn’t inspire. The fries were fine but the poutine was way too salty.

I’ve had this dish before but for some reason, it was almost my raison d’etre Monday night. 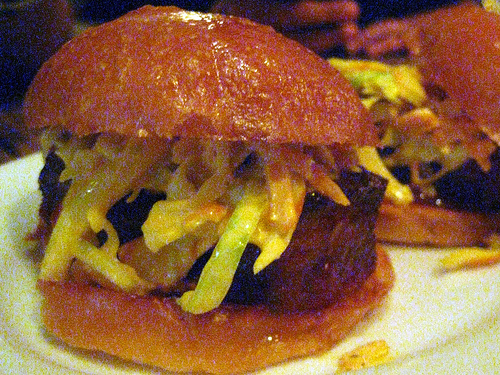 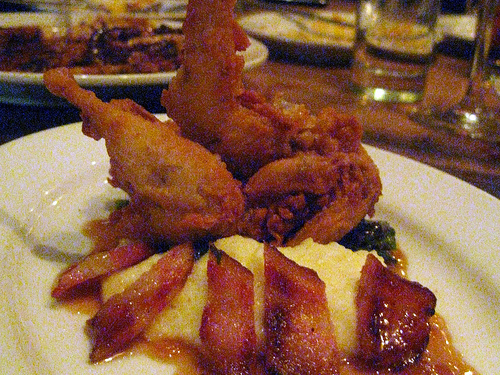 A friend described the quail fry as having on gone on holiday and getting laid. Yes, it was that good.

There’s just something nice about dining with other foodies. They are generally as obsessed as you are about certain foods. Squid? No problem, bring it on. Soft shell crab? Of course, let’s do this. 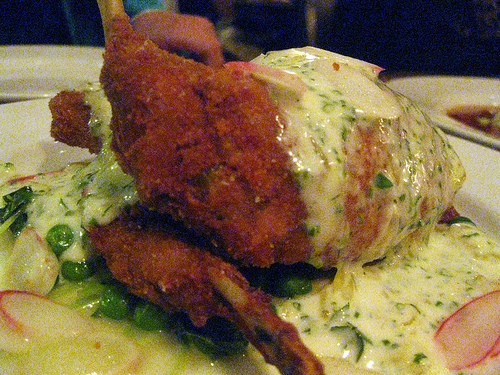 Our mains were the foie gras loco moco, steak and rabbit legs. I don’t what it is but rabbit seems to be hopping (har har) on every menu in town. I actually didn’t mind this dish but I still find it a bit creepy weird to eating bunny. The loco moco was phenomenal as always but most of the table found the steak to be overpowered by truffle.

A note about the wine- we ordered the house chardonnay. We had three bottles and each bottle was completely different from one another. The first bottle was meh, the second was great and the third was in between the first two. But for $20 a bottle, it’s worth a spin.