The one thing I told Carina I really wanted to do on Sunday was to get some great dim sum. I was informed that Chinatown would not be the place to find it and we’d have better luck in Richmond, this cool ethnic neighborhood. And it’s not one particular type of ethnic neighborhood. There are Chinese, Korean, Japanese, Russian and other restaurants and shops clustering the area. We looked up reviews and pictures and came up with Hong Kong Lounge. 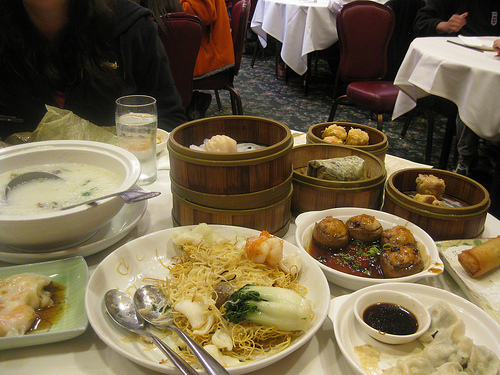 We waited about half an hour for a table which isn’t too bad. The place is smaller than most SGV dim sum houses but I would say it’s about the size as CBS in LA’s Chinatown. 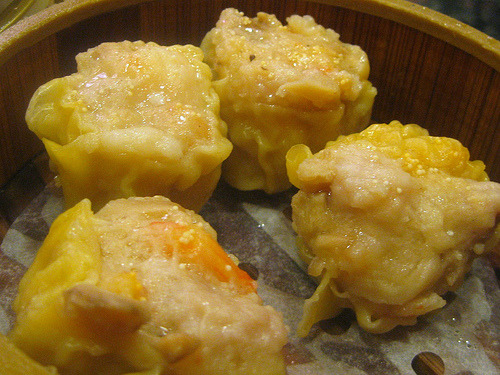 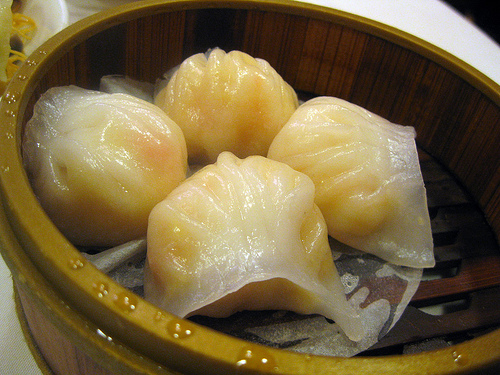 The classics of dim sum are the har gow and siu mai. When I was a kid, I loved har gow (crystal shrimp). But as I got older, I realized the skill of a dim sum house was showcased in its siu mai (pork and shrimp). Was the pork juicy enough? The shrimp plump? This particular place did outstanding shrimp but failed for me for siu mai. They were uneven looking and lacked the roe on top. 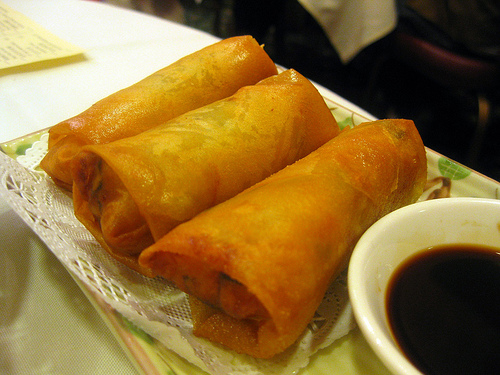 I always get eggrolls. The Chinese dim style with shrimp are a fave of mine. I love the crispy shell and of course, dipping them in the oh-so-Chinese sauce, worcestershire sauce. I had imagined something different with the stuffed mushrooms. They were okay. Nothing a little hot chili sauce couldn’t fix. But the shrimp rolls were magnificent. Sure, you didn’t get a lot but this cheung fun rocked with the big fat shrimp. 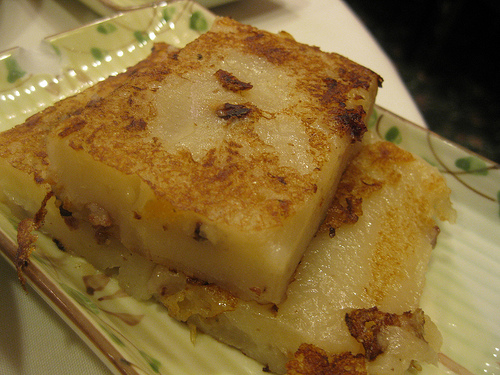 I thought the dried scalloped-topped siu mai were better. I don’t even know how to describe the tofu skin wrapped veggies. Getting Carina to try it took some time but I knew she’d like the wood ear, bamboo shoots and other cruciferous veggies inside. The turnip cakes were all right. I like a little dried shrimp in mine and the pieces I had didn’t have any.

I thought these were pretty ingenious. The lotus wrapped sticky rice seemed better steamed. But then again, the rice wasn’t lightly perfumed. Some of the meat was actually bitter. Maybe the added paper wasn’t such a good idea then? 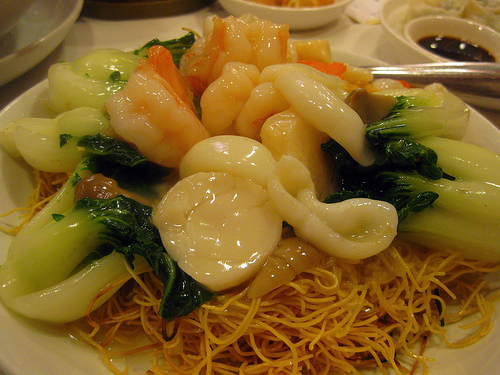 Our carbs came from the pork porridge (not shown) and also the seafood crispy noodles. Both were fine but I think I could have filled up on more dumplings. We also ordered some other dumplings (not shown) but they turned out to be the steamed sort you’d find in Mandarin noodle shops. They were kinda wimpy but there’s always hot sauce!

Overall, a great find in the Richmond.