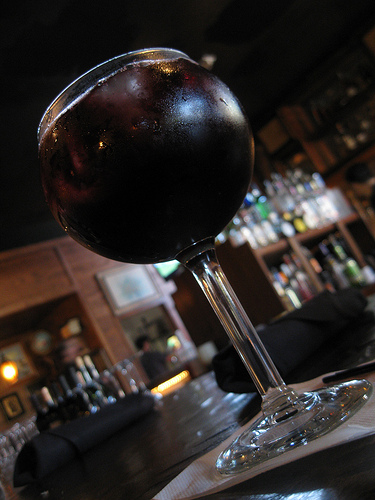 Sometimes I question my own sanity after a food crawl. After the sweet potato fries crawl, I found myself at BoHo in Hollywood. They call themselves Hollywood’s first gastropub.

I wanted a drink and possibly dessert. We had checked out a couple of other places along the way and liked the sound of what was being offered at BoHo. I’ve been before and find the pizzas to be pretty good. This would be the first time I dined at the bar.

We missed the cut-off for unlimited cocktails during brunch but I decided to try the sangria. As I’ve mentioned, I don’t think anyone’s sangria is as great as my own but hey, this wasn’t ad. It was definitely very boozy. But there was no fruit in it. 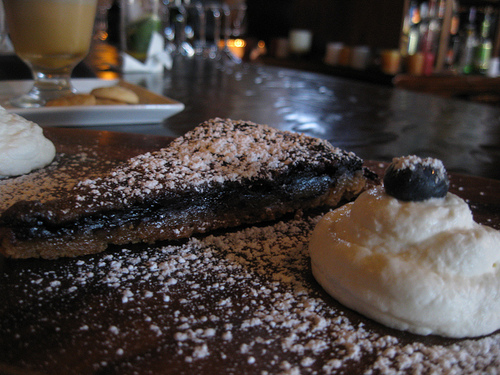 My friend had the butterscotch pudding. The budino featured a coffee foam on top she didn’t like but then again, she doesn’t like coffee. I liked it quite a bit. You had to dig around for the salted caramel.

BoHo does a seasonal brown butter tart. This one was with blueberries though I thought it was more like a pie than tart. It came with two big scoops of whipped cream. Both desserts were uber-rich but our stomachs finally waved the white flag and we had to leave most of the dessert behind.

← The Taste of Mexico at Guelaguetza
Little Next Door →