The Taste of Mexico at Guelaguetza 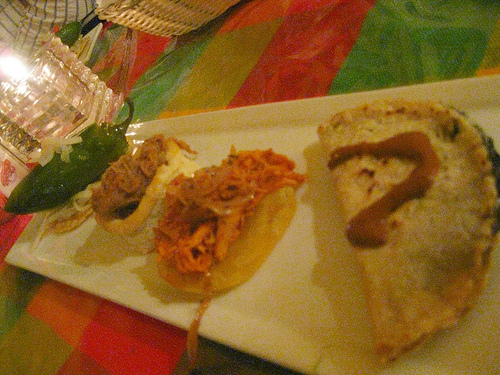 I was invited to check out the Taste of Mexico at Guelaguetza a couple of weeks ago. The event included cooking from not just the restaurant Guelaguetza but several notable Mexican restaurants in town including La Monarca, La Casita Mexicana and Frida.

Cocktails were by Pablo Moix of La Descarga was also recently at Guelaguetza mixing it up. He turned out a menu that improved further on cocktails that I didn’t think could be improved. I really enjoyed the Pour Vous (mezcal, armagnac, lime bitters, ginger beer), Brisa de Oaxaca (mezcal, yellow chartreuse, lemon, orange juice) and the cocktails he made on the fly. When asked he turned out a boozy horchata that I hope would make it to the real cocktail menu!

First we were given bread by La Monarca. The tiny bolillos were impossibly good and reminded me of my childhood. I would often go to the local Mexican grocery and buy bolillos for sandwiches.

Then four appetizers graced our table. La Casita Mexicana prepared a chile relleno de minilla. Guelaguetza sent out their famous empanada de huitlacoche (and yes, there were crickets). Frida made a delicious salbutes yucatecos and La Monarca sent out that sope looking appetizer. They called it a bolvanes de hojaldre. It was topped with machaca (beef) al chipotle. Reading the menu was improving my Spanish food skills (okay, not really). 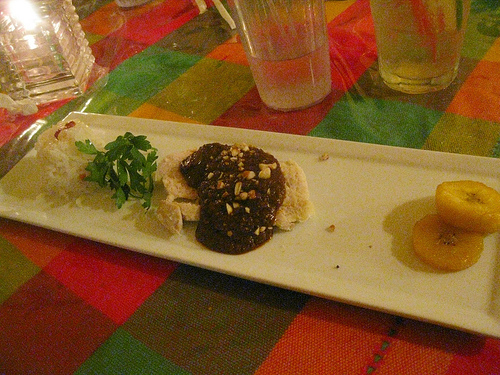 I was very interested in La Casita’s food since I’ve heard so much about them but I have yet to make it to the city of Bell (though I hear they pay their city officials very well– heehee). This mole was great. I ate everything on this plate even the parsley garnish! 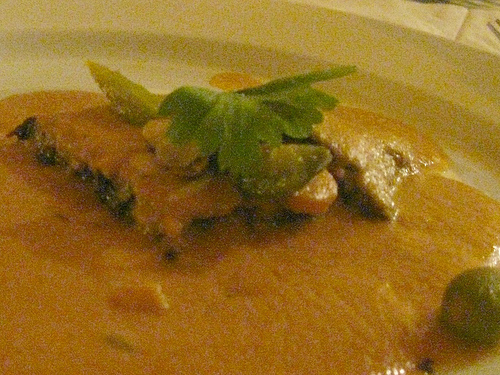 Then the lengua from Guelaguetza showed up. Woah, let me check this menu out. Ohhhhh, there’s more coming. I better slow down. But this lengua is so good. Next thing I knew, I ate both expertly cooked pieces of lengua. Someone’s tasting me back. 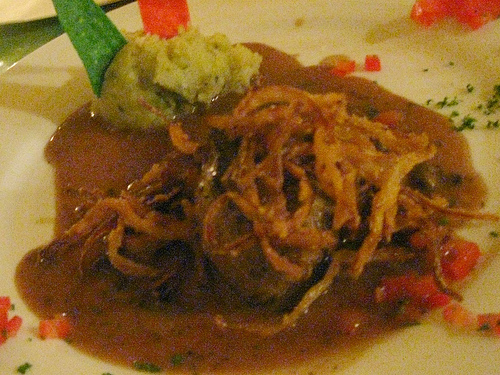 While I thought this dish was cooked very well, some around the table expressed it wasn’t really fitting the rest of the theme. I suppose meat and potatoes may be more norte americano than Mexican. Frida sent out the steak. 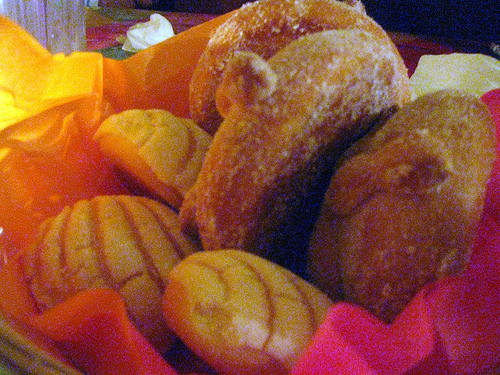 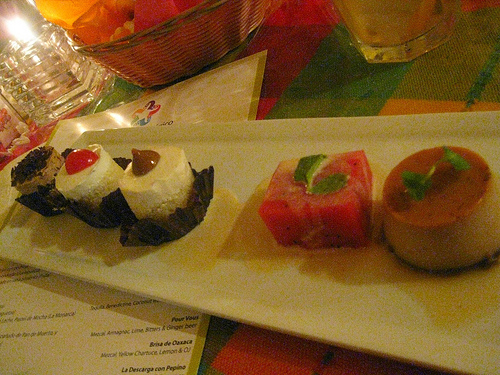 Pablo came around at this point to tell us to pop each delicious pastel into our mouths. But after just eaten every last bite, I was only able to sample each of the desserts. The flan from La Casita was the dessert I ate the most of. It was so delicious with the chocolate. Guelaguetza‘s nicuatole de tuna (no, not fish) was very light. Years ago, I was at  Mexican ice cream shop and learned tuna was cactus. But Bill of Street Gourmet LA told me it was actually prickly pear. There was a lively discussion whether this fruit could actually be a vegetable as it grows on one. Or does it? Isn’t cactus a succulent?

In any case, I continued to enjoy the miniature tres leches, dulce de leche and chocolate cake from La Monarca. Hurray for the Taste of Mexico!

Thank you to Bricia Lopez and her family for their hospitality at Guelaguetza!

2 thoughts on “The Taste of Mexico at Guelaguetza”