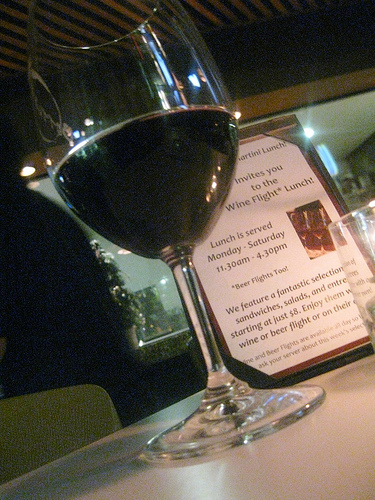 When my office moved to the South Park area of Downtown Los Angeles last June, it took me a while to find Bottlerock. Oh sure, I’ve seen it and been to nearby Corkbar plenty of times but as a cocktailian, wine doesn’t really interest me as much. I like certain kinds of wine (pinot noir, a great cabernet, the occasional white) but knowing myself and how obsessive I can be, I figured it’s best not to really get into wine. Ahem. Well, I am actually somewhat of a wine snob. I know enough about it to know what I like but not enough to want to get into it with a true oenophile. 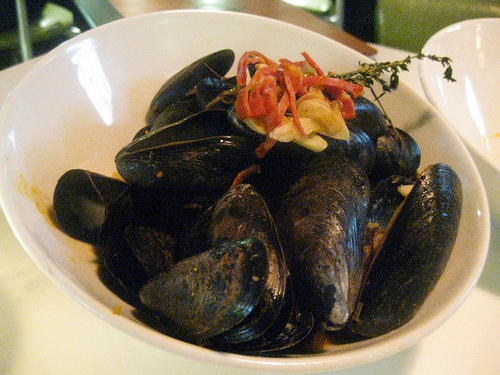 I joined a friend for happy hour one evening. We had a glass of wine each and shared mussels and carnitas tacos.

Both the mussels and carnitas were really tasty. I was pleasantly surprised. I was back within the week to try lunch.

The sandwiches come with soup and I really liked the vegan artichoke soup. 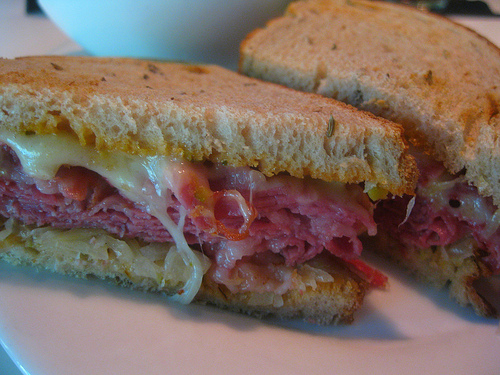 I had a hard time trying to choose between the curried chicken salad or the pastrami sandwich. I ended up getting the pastrami while my friend had the chicken. Good thing because I could steal a bite or two that way!

I’m beginning to think I found a new lunch spot near the good food-barren land my office lays. Bonus, Bottlerock also sends wine to go so I can swing by for any last minute purchases. You can drink on the job, right?