Michael’s recently launched a new mixology program at their bar. Not only will they bring in guest bartenders to create special one-night only cocktails, they’ll have a full cocktail list as well bar bites. 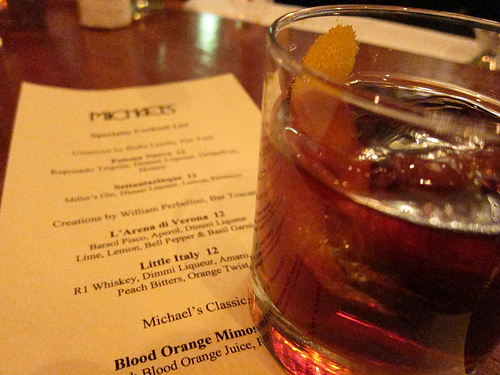 I was invited to the first night with guest bartenders William from Toscana Bar and Blake from the Yard in January. The cocktails featured Dimmi, which sponsored the event. I happen to love Dimmi (watch this video where Devon from the Tasting Kitchen explains what Dimmi is) and enjoyed it in the four different cocktails.

Michael’s has turned the front dining area into a lounge. Now offering a bar snacks menu with a taco trio, big eyed tuna tartare, parma ham, crispy cauliflower and a slider duo that features a foie gras slider and Waygu beef, it might be time for cocktails at Michael’s. 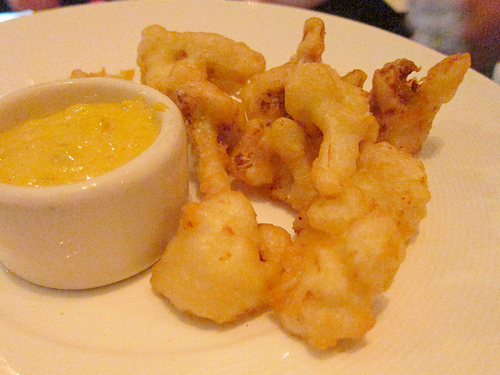 I liked the big-eyed tuna tartare quite a bit and the bite of foie gras slider. The crispy cauliflower were great too with the dipping sauce. And you can’t go wrong with the parma ham. It was quite the generous serving.

I haven’t gone to visit William at Toscana yet but I love Blake. He was one of our hot bartenders during the Santa Monica Hot Bartenders Crawl I hosted last year. I’m probably never going to get tired of telling people his picture was stolen off this website. 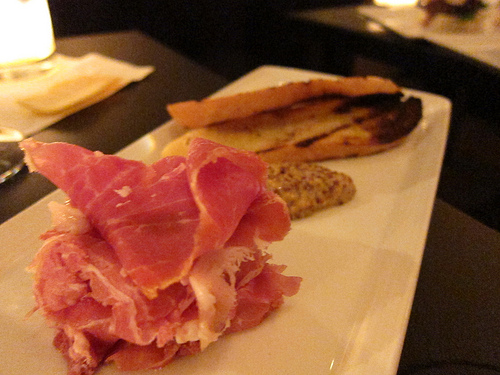 I can’t wait to see which other bartenders come to Michael’s as well as check out their own cocktail list.

“Farm to Glass” Mixologist Jason Robey takes over the Michael’s bar on Friday, March 25. Here are the cocktail and bar bites menus!

Also, there will be an art exhibition upstairs. Check out works fromAlejandro Gehry and Vanessa Prager. The show is curated by Amanda Fairey and Katherine B. Cone.