After I got back from London, I almost immediately headed south to San Diego from L.A. It was a terrible drive. It should have taken me only a couple of hours but it was raining tremendously hard and I literally passed 10 accidents along the way.It took me almost 3.5 hours and I vowed next time to take the train. 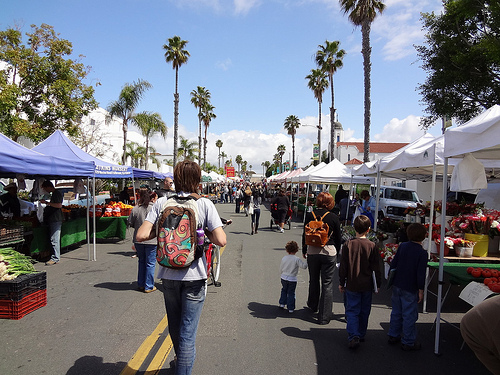 I had been invited by Sony to come check out their new Cyber-shot WX9 that will be available later this month. It’ll retail around $220 and it’s quite the nifty little camera. All the photos in this post are shot on that camera. I normally use Canon’s S95, a camera that cost twice as much. The craziest thing to me is the Sony can shoot 3D still photos. 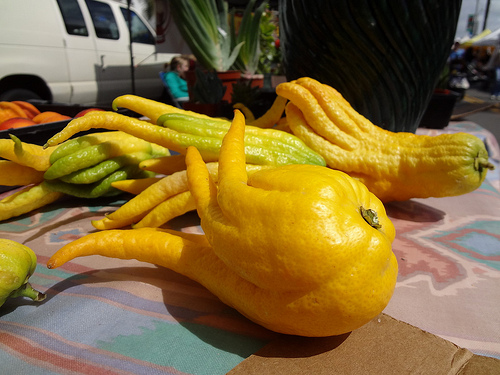 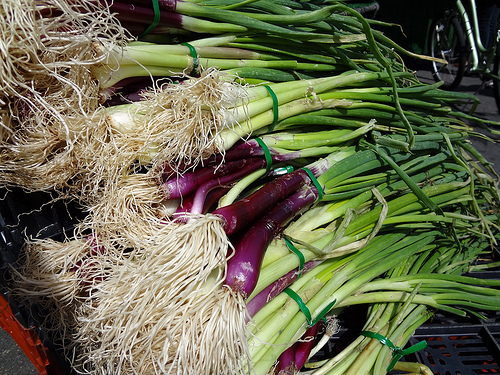 Fortunately, the sun came out the next day and after breakfast, we were shuttled over to the Oceanside Farmers’ Market to play with our new gadgets. 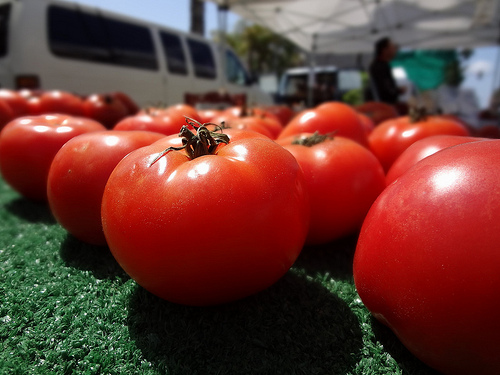 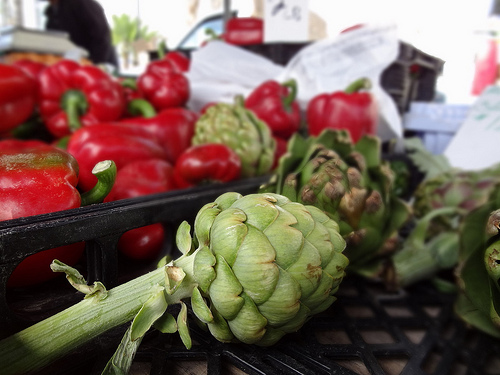 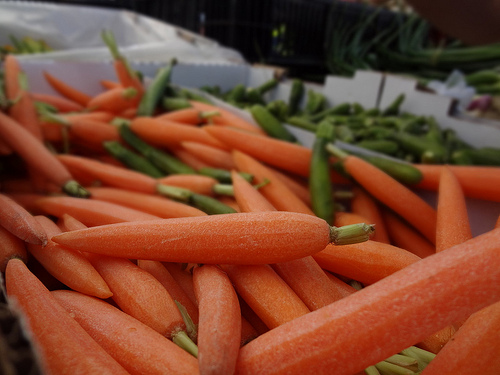 At breakfast, we were shown all the different modes and the all-important “gourmet” mode for food writers. This was going to be the hot ticket to mouth-watering food photos. 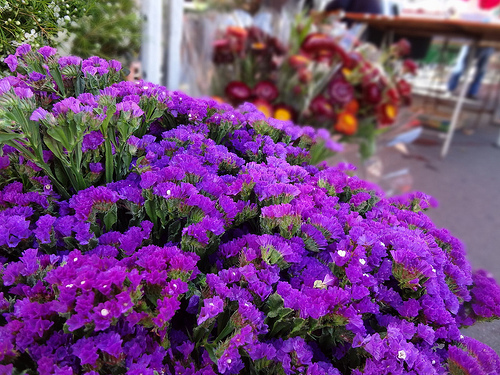 However, it was the “defocus” mode that became my main joy that day. I was really excited to learn you could also control the shallow depth of field. Pictured above is about medium “blur” as I called it. For bokeh fans, this is tremendous to find in a point and shoot camera. 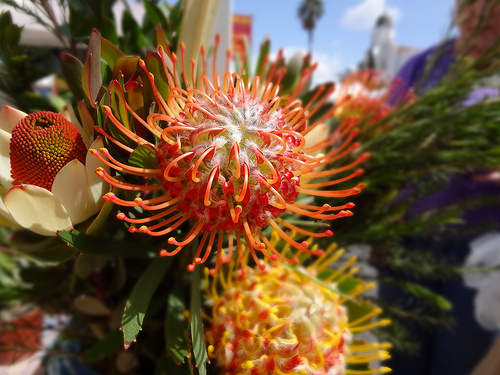 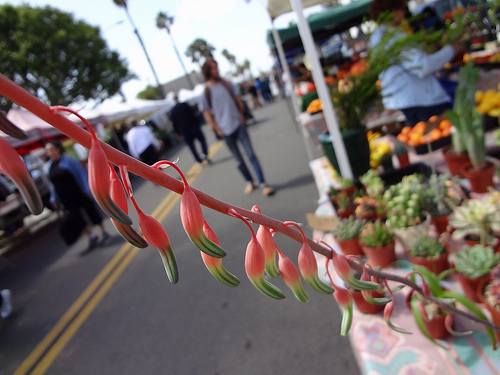 I get pretty snap-happy with this “de-focus” feature. But I really had to test out all the functions so let’s try a video.

I’m not as much a pro with video as my new buddy Claudia from Me Gusta but maybe with this camera I’d try it more often. 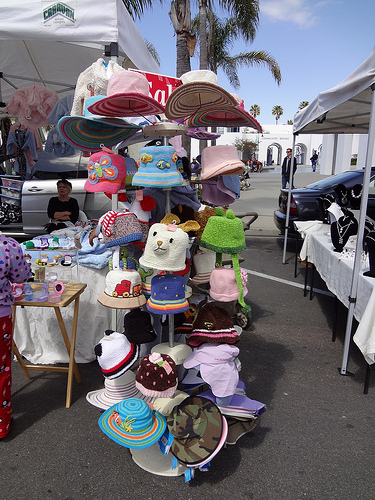 This farmers’ market actually had cooked food vendors as well as crafty knick knacks. I loved the cute hats and couldn’t resist a taste of the cooked food even with lunch coming very soon. 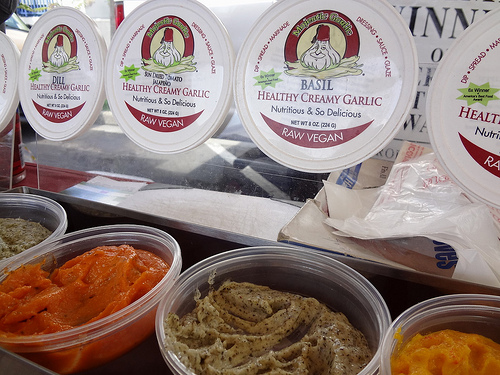 Carina found her favorite dip of the day with Raw Majestic. 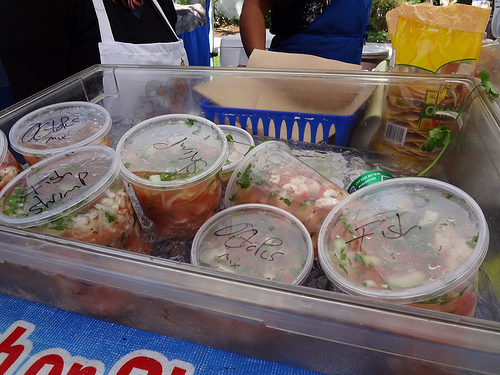 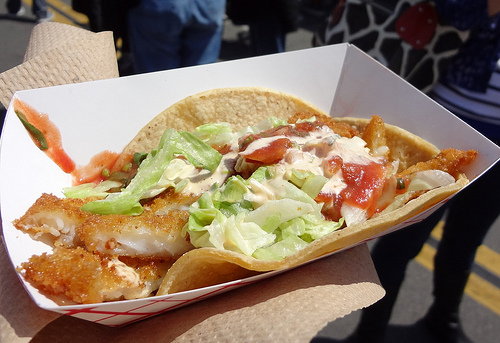 I zeroed in on La Playita Cocteleria, a stand selling all manner of cooked seafood including a nicely breaded fish taco. I also eyed the ceviche but decided that may have been going too far if I took a container back to our cushy golf resort digs.

For  more pictures at the Oceanside Farmers’ Market, check out my Flickr set.

Stay tuned for a couple more posts where I play with Sony’s new WX9 and a giveaway! Yes, that’s right, I’m going to give away a brand new WX9!

In the meantime, check out my fellow bloggers’ thoughts on this camera. 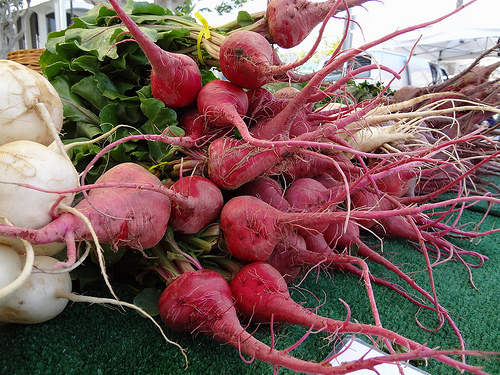 On a final and somewhat unrelated note, I saw these beets and immediately thought of this painting I saw once (it would be helpful if I can remember if I saw it at (LACMA, the Getty or the Norton Simon) and if I remembered who the artist was (um, Picasso, Dali or Diego Rivera). Fruitless (oh pun!) searching didn’t lead me to the painting but I found this wonderful artist that works with radishes.

Can anyone tell me the name of the painting I’m thinking of? It’s of these beets “people” just laying around hanging out.