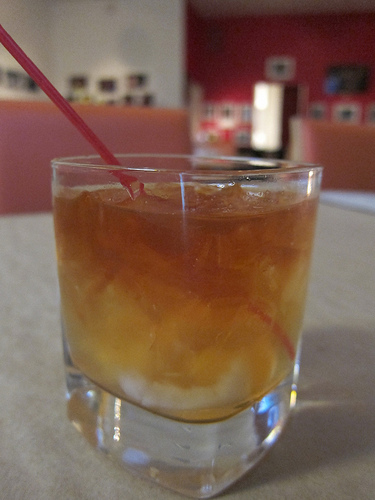 I finally made it back to Night + Market after a few months. I was last there in April where I knew I absolutely must have the shrimp paste seasoned rice again. It was the only thing we ordered this time around that I insisted on having.

I got there early and decided to try the Mekong Old Fashioned. I didn’t have cocktails last time in favor of wine. Like an old fashioned but made with Thai flair. There was muddled lychee in this.

I brought two friends with me. One was a self-professed Thai food fan and the other couldn’t actually remember if she had Thai food or not. As for myself, I usually don’t crave Thai food. I realize that is because when I first had Thai food, I was in college and the local Thai joints delivered what I considered bad Chinese food. Through the years, I’ve had much better Thai food and Night + Market’s menu is definitely cravings worthy.

That said, we ordered some fairly typical dishes such as tom yum soup with shrimp and green papaya salad. Both were excellent.

We saw the next table had a pretty sweet insta-beer tap going.

Of the two sausages listed, our server recommended the sai krok issan. It was such an unexpected treat. I really enjoyed all the different flavors and spices. We actually considered ordering another dish since it worked out to be one small ball of sausage for each of us.

Next we had the pork.The dish was called “startled pig” which I thought was the most poetic-sounding dish on the menu. The pork had been mint, lemongrass, fish sauce, lime and bird eye chile. We thought we knew what that would taste like based on the description but it was still a very unexpected dish. 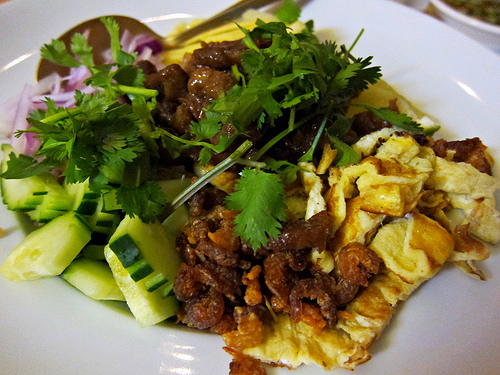 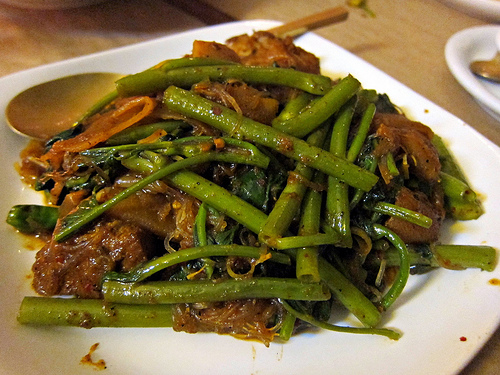 I was delighted when my friends enjoyed the shrimp paste rice as much as I did. I was trying to decide between the whole braised pork hock or the pork stew. We eventually went with the pork stew, thinking if we still had room we’d get the whole fish. But as usual, our eyes were bigger than our stomachs and we ended up too full for even dessert. Next time!