New Cocktails for the Minty at Seven Grand & Cole’s

The Duck Hunter from Seven Grand

Seven Grand launched a new cocktail list a couple of months ago and I tried a couple then. Recently I found myself back for a going-away party and got to the bar early. I got the Duck Hunter to start and then later had the Dagny Taggert when the party was under way.

I liked both but my inclination would be towards the Duck Hunter as I prefer up cocktails. Although I do think the round ball of ice in the Dagny Taggart is super awesome. 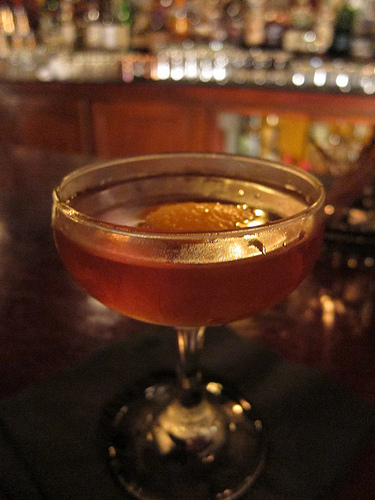 Before my birthday party, we stopped in for my favorite bourbon pecan pie at Cole’s and I had a cocktail from their specials board. I tried the Bloom County (Bonded Old Grandad, Licor 43, sweet vermouth, Peychaud’s). I was debating the Old Devil (Appleton Estate 12 Year rum, Smith & Cross rum, Sailor Jerry rum, Angostura, Bittermen’s Tiki bitters, brown sugar) which sounded like a rum lover’s dream.

The last time I was in Cole’s, I had A Red Car Named Desire (rye, Cynar, Luxardo, Maurin liqueur) during the punch crawl which I was thinking about again but we had to jam. Next time!

I have to say I love the lighting at 213 Nightlight bars. The cocktails look fantastic.