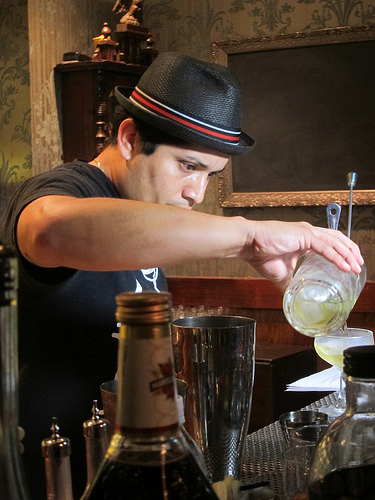 Contest alert- scroll to the bottom for a chance to win a pair of tickets to this upcoming event. I have 3 pair to give away!

On Friday, Table 20 announced all five finalists for their Second Annual LA’s Best Bartender contest sponsored by Karlsson’s Gold Vodka. Joseph Brooke of Next Door Lounge took the People’s Choice spot after voting ending. The remaining top 25 bartenders were invited to submit a recipe for the next round. Seventeen submitted –some bartenders had contractual commitments to their liquor brands or would not be able to make the finals competition on Sunday, October 9 at Elevate Lounge.

Last Monday, Judge Marcos Tello, Judge and last year’s winner Matt Biancaniello, Dave Kaplan (of New York’s Death & Co) along with the Karlsson’s Gold Vodka brand rep had the serious task to pick two more finalists. Marcos made all 17 cocktails himself for sake of consistency. From there, five were chosen (these would be made by Death & Co bartender Alex Day– who along with Dave have been consulting at bars all around LA including Bar | Kitchen). Then we really got down to brass tacks and I’m happy to say Daniel Zacharczuk of Bar | Kitchen and Brian Summers of Harvard & Stone took the two of the finalists spots.  The judges team announced their selections for the final two spots- Devon Tarby of Varnish and Justin Pike of Tasting Kitchen. 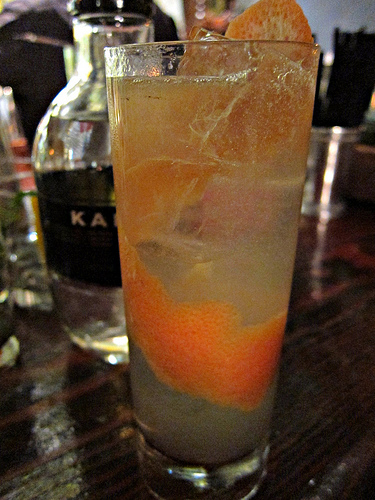 I should have known the Blues in Orbit cocktail (Karlsson’s Gold vodka, plum, lemon, St. Vincent’s orgeat, fresh cracked pepper) was Brian Summers’ submission when I tasted it. He made a very similar cocktail but with rum during one of his R&D nights at Harvard & Stone. The plum and orgeat may as well be his signature.

Daniel’s Faster Young Fruit (Karlsson’s Gold vodka, Dolin Blanc vermouth, lemon, simple syrup) was an amazingly simple but dignified cocktail, much like him. I was at BK one night when he was thinking about his recipe. He had smelled the Karlsson’s first from the bottle, had a little taste then went around the bar sniffing deeply, awaiting inspiration. 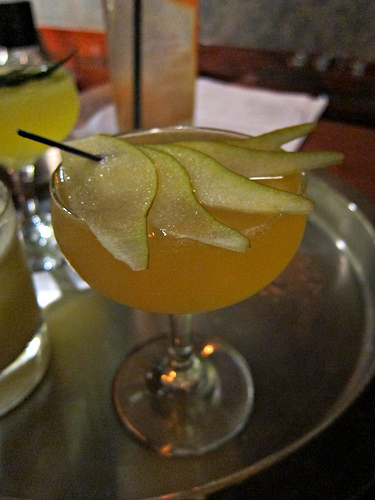 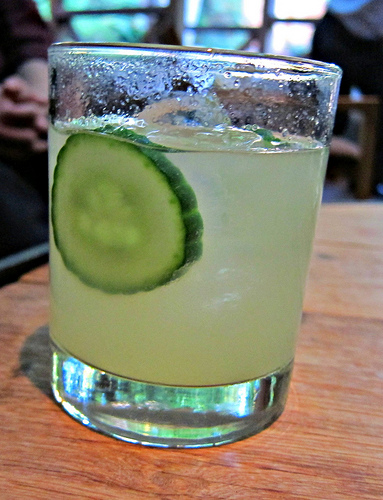 See all the photos from the Karlsson’s Gold Vodka challenge here.

This year, there’ll be a pop-up shop from Bar Keeper as well as sampling from nominated bartender Damian Windsor’s Ice Ice Shavie. Imbibe Magazine’s Dan Dunn will serve as MC. Appetizers and drink tickets will be provided but discounted food will also be available for purchase.

Tickets are now on sale but for a chance to win a pair of tickets to the competition on Sunday, October 9 at Elevate Lounge as well as the after-party at Villains, please leave me a comment about your favorite cocktail (be it vodka or not) plus either your twitter handle or email so I may contact you. I’ll be picking winners on Wednesday, October 5.