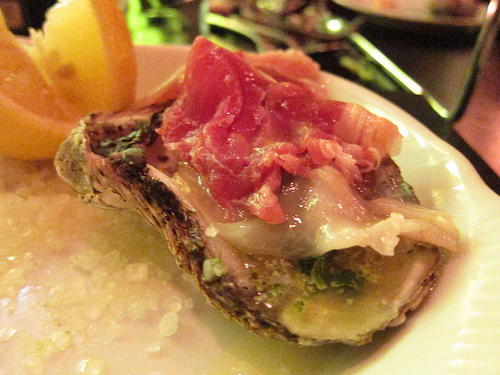 Before the holidays, I tagged along to a dinner at Maximiliano. I had already eaten a first dinner at Starry Kitchen. I am really glad I didn’t finish my bowl of pho there because we proceeded to sample quite a bit of the menu. We started with a few specials that evening including the oysters, proscuitto and arugula pizza and scampi.

We enjoyed the moderately priced Montepuliciano with our meal. Almost everyone decided to get the orechiette with kale and sausage but I had my heart set on the porkchop.

orechiette with kale and sausage

Cavatelli with pancetta and local squid

I really liked my taste of everything so far. The oysters’ flavor was heightened by the cured meat. The pizza was perfectly done. And now this pasta was really very nice. The sausage in the orechiette was perfect with a slight bite of fennel.

Everything was so reasonably priced that I didn’t blink when a second bottle of wine was ordered. Oh my goodness but it was $140! There was some irony of having this glass while in Highland Park but I do have to say it was demonstrably better than our Montepulciano. 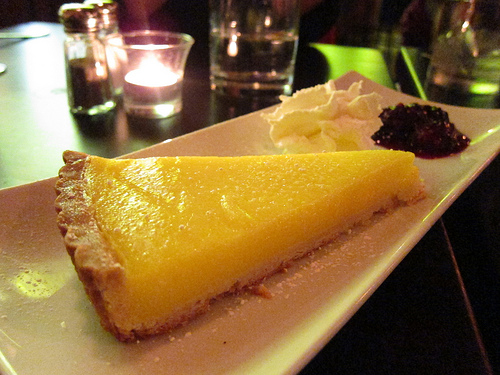 I had heard the lemon tart was the dessert to get and so we did. Wow, was this a big slice. I love tart things so this was right up my alley. I enjoyed the vibe and this is a great addition to the neighborhood.