Hollywood: Dinner and Drinks at Sadie

Sadie opened recently in the old Les Deux space. Executive Chef Dave Schmit and  Director of Spirits Giovanni Martinez created the food and drinks for the restaurant named after the owner’s matriarch. The Simon Family has owned the property for over 50 years. The gastropub moves away from the night club vibe and goes straight for a warm and inviting restaurant with a gorgeous bar and romantic back patio.

I got to the restaurant before my friends and ordered a seasonal cocktail, Velvet (aged Guatemalan rum, raisin infused balsamic, house-made lemon clove syrup). I thought it was pretty cool Giovanni took one look at my drink and immediately knew it was the Velvet. I liked the slight sweet raisin flavor of this drink. 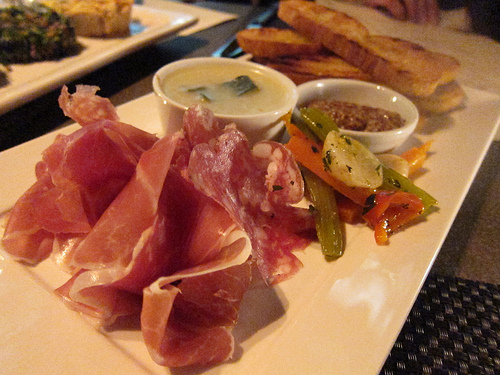 The Mezze with hummus, garden tabbouleh and babaganoush (roasted eggplant) was the hit of the table. I really liked the tabbouleh. 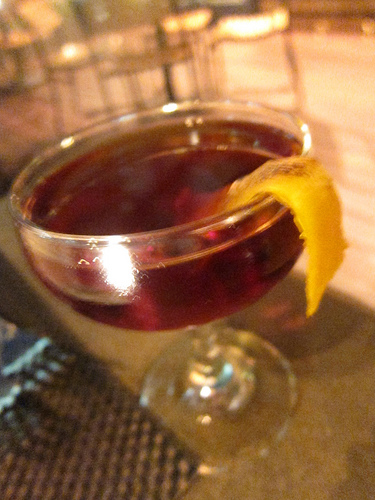 With our appetizers, we tried a couple of cocktails including the Oaxacan in Italy (Pechuga mezcal, Cocchi Vermouth di Torino, Cynar, flamed orange peel) and the Pontchatrain (bourbon, 10-year-old tawny port, house-made grenadine, lemon, Absinthe-rinsed glass). One of the bartenders had told me the Pontchatrain and the Kentucky Ninja (Yamazaki Japanese Whisky, bourbon, lemon, lavender-infused honey, Peychaud’s-rinsed glass) were some of the best sellers on this cocktail list. Well then, I knew I had to try the Kentucky Ninja since I loved the name and Yamazaki. 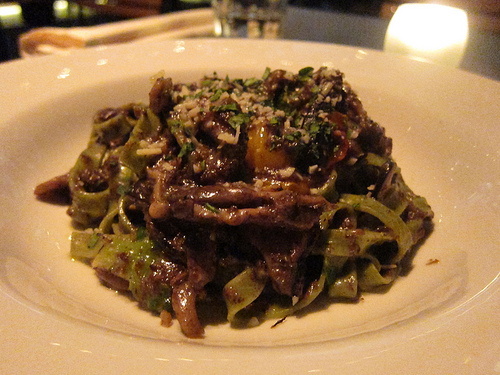 A friend ordered the fresh spinach pasta with mushroom ragout for her meal. It’s a great vegetarian option.

Sadie sent out a couple of sides for us to share including the carrots with maple and dill plus the roasted red potatoes. We needed the starch to go with some of the meatier dishes.

After tasting the drinks so far, the Kentucky Ninja and the Oaxacan in Italy were my next two faves after Velvet.

Another friend tried the balsamic-glazed short ribs and I ordered the grilled prime pork chop. I had thought about getting the kale salad but opted for the pork chop which came with kale. I liked the polenta that came with the short ribs. The short ribs were very tender. 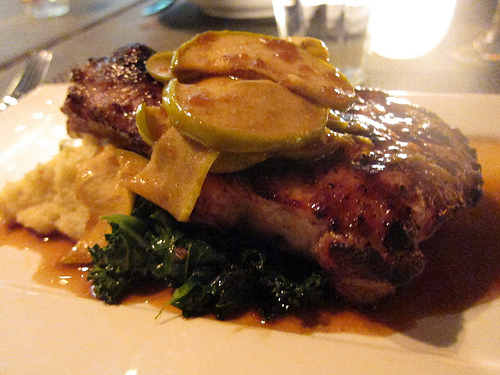 The pork chop also came with roasted apples and a parsnip puree which I loved. The chop was cooked well. Now that I think about it, I probably should have gotten the kale salad anyway. I can never have too much kale. 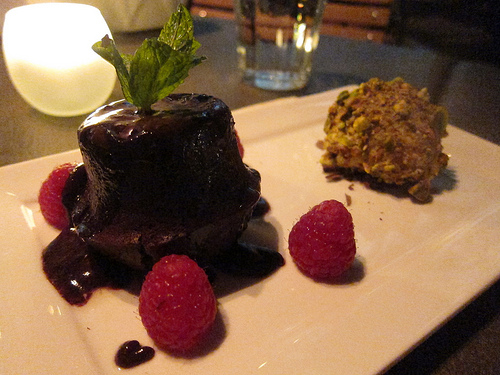 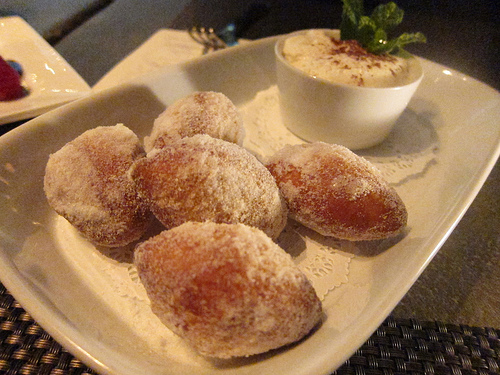 We weren’t going to have dessert but let our server convince us we had to try the Black & White and the Donuts. The Black & White was a warm flourless chocolate cake with vanilla ice cream studded with pistachios. It was an instant hit. And how can anyone not love fresh hot donuts with Irish Coffee cream? 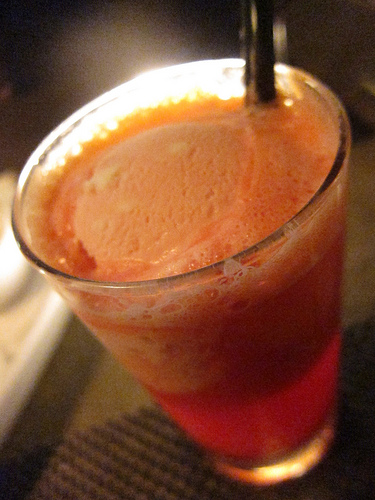 As a special treat, Sadie sent out the Bitter Float which is a Campari and Peychaud’s Ice Cream float. It was delicious and my favorite “dessert.”

Tomorrow I go back to Sadie as part of my Hot Bartenders in Hollywood crawl. Join me?

15 thoughts on “Hollywood: Dinner and Drinks at Sadie”