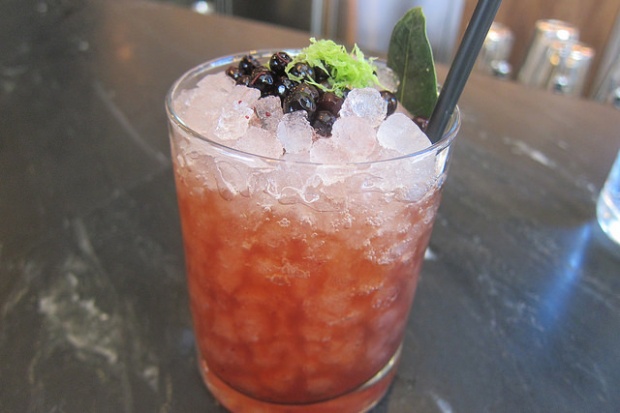 After the initial opening party I went to, I really wanted to go back to Otium for a proper meal. However, opposing reviews made me a bit hesitant. Then I found myself bright and early at the Music Center and decided it was time to check out Otium for brunch. I looked over the drinks list and decided on the Fix. I’m always happy to try drinks with rye whiskey and this one seemed unusual with both sherry and nocino which is walnut liqueur. It was refreshing and a great start to brunch. 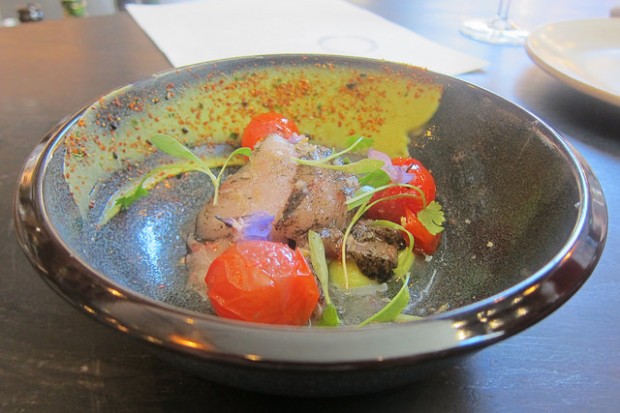 My friend and I decided to munch on hamachi while we thought about our entrees. It turned out to be very well spiced and I loved the bit of togarashi and avocado smeared on the side. 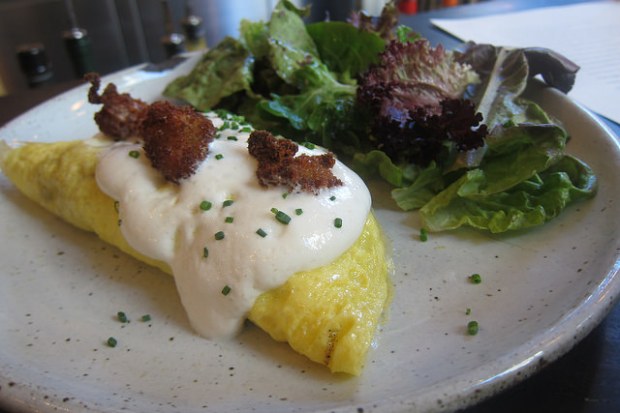 When we ordered the hangtown fry, we didn’t realize it was more like an omelet with a couple of fried oyster bits on top. But it was a great egg dish. And the salad was super fresh. Despite the rich creamy sauce, it felt like a very clean dish. 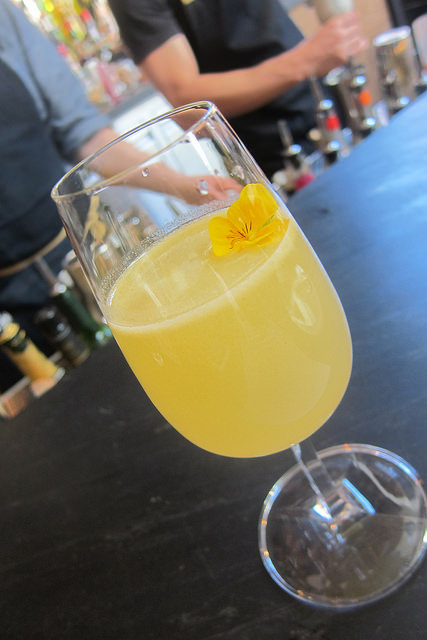 The fizzy mezcal drink called simply “Champagne” on the menu was really good. My friend, the mezcal lover said it was one of the best she’s had in a while. I agreed with her and would call her drink and mine about even in terms of easy sipping for a daytime meal. I particularly liked the lavender in her drink. 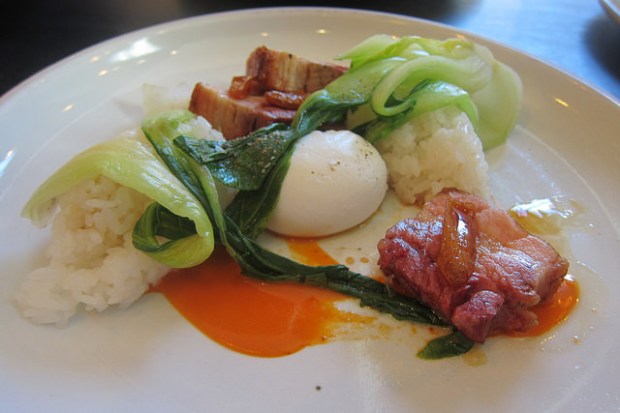 Otium has a rooftop garden where they are growing all sorts of kale but also bok choy which found its way to our pork belly dish. It went well with the slightly Asian flavors, egg and rice.

The garden wasn’t open to the public when I went but they hoped to open soon for private dinners. I was able to get a look-see and it reminded me of a smaller version of the rooftop garden at the old Playa. That would make sense since the same restaurant group owns Sprout and what is now Petty Cash at the old Playa space. 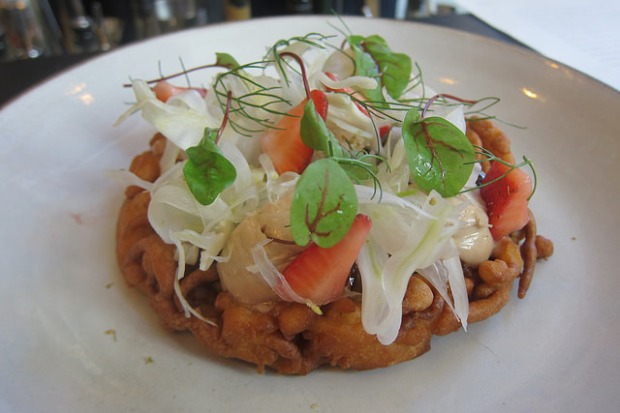 Of course we couldn’t leave without trying the now famous foie gras funnel cake. It’s served at room temperature which is a shame because funnel cake should be piping hot. It’s very rich and I was plagued with sleepy eyes during the afternoon performance I attended. However, that wouldn’t stop me from ordering this again. Because it’s still fantastic. And I do love foie gras.

Now I’ll have to check it out for dinner soon. Maybe after another spin through the Broad museum next door.

2 thoughts on “DTLA: Brunch at Otium”