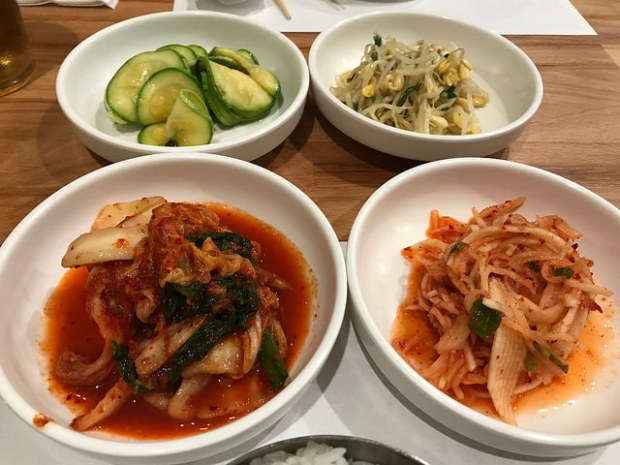 As the temperatures drop in the evening, my belly starts clamoring for soup, stew and more soup. One of my favorites is Korean black goat stew. When I was looking up spots a few weeks ago, I ran across two I had not tried before. I recently tried Bulrocho and then I hit up Han Mi Jung a week later in Arlington Heights (next to Koreatown). 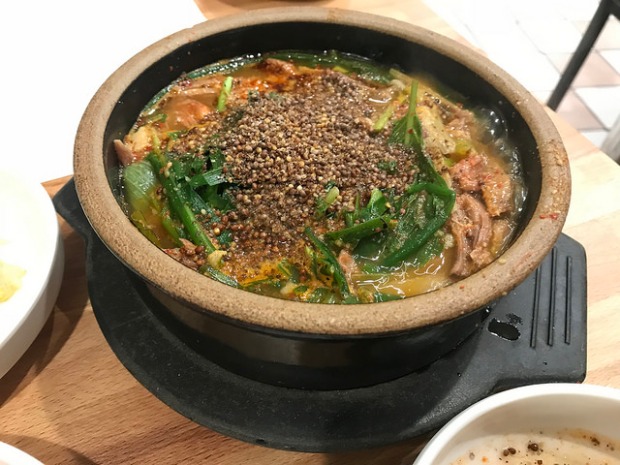 Reviews suggest Han Mi Jung as a healthy spot and their food was very clean.

Instead of a big pot of soup, we decided to go with individual portions. They offer two sizes of the goat stew for individuals. We went with the smaller one and then scraped it all up so perhaps we should have gone with the larger size. Or even a small pot for two. Then we could add in rice to make a fried rice of sorts. 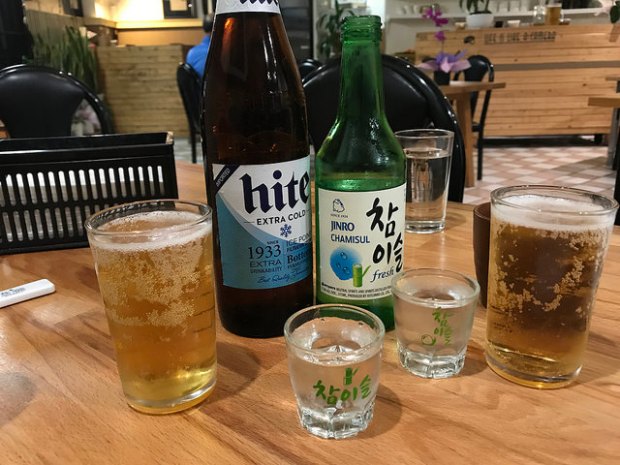 Is it a Korean meal without beer and soju?

After digging into the stew, I immediately knew I liked it better than Bulrocho (though I’m still very fond of their version with all those mushrooms). But Han Mi Jung doesn’t beat my fave Mirak.

It’s perhaps just a mood thing though. One night I might want a crowded spot like Mirak or if I didn’t want to wait, I’d go to Han Mi Jung. And I would be happy eating both versions. Make that three, I do like Bulrocho as well. 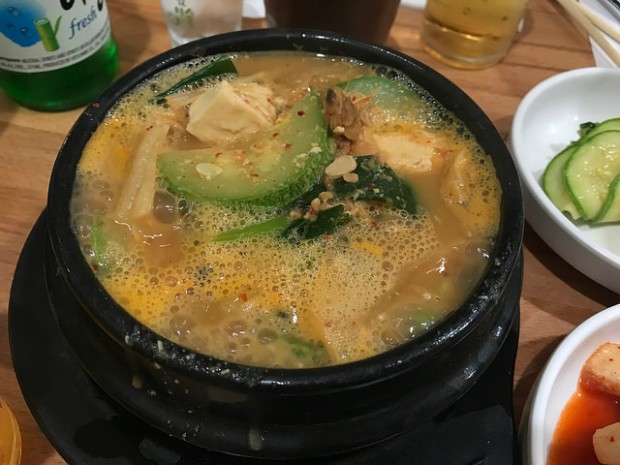 We also ordered the seafood doenjang jjigae. Doenjang is often described as Korean miso. And jjigae means soup/ stew in Korean. I happen to love this type of soup and with seafood, this was a no brainer.

We happily ate up everything and it was perfect we didn’t have leftovers as we had a show to catch across the street at Catch One.

I’d like to come back for the big pot experience and also their bossam (pork wraps).