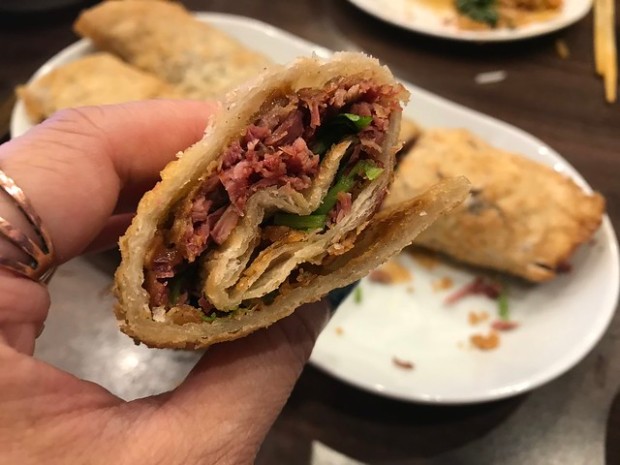 Next stop on the Chinese Week tour is Mr. Dragon! I heard about Mr. Dragon a couple of weeks ago. Apparently it’s from the same folks as PP Pop, a Taiwanese shop. I have not been there before but their menu for Mr. Dragon seemed very Taiwanese to me- a mixture of not just Chinese food but also Korean and Japanese.

I gathered a bunch of folks to go check ’em out. The seven of us ordered 11 items to share including lots of noodles and dumplings.

Although I put the beef roll (it’s called the beef roll cakes on the menu) as my title photo, it was actually the last item we received.  I didn’t think we had it in us to eat the beef roll after our food blitz but we found the room. And I’m glad we did. I liked that it wasn’t over-sauced and the beef/ cilantro ration was great. 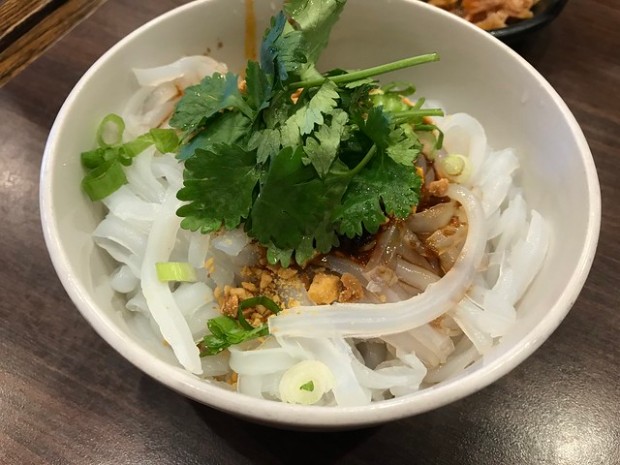 I wonder if the mung bean noodles was a nod to the former occupants of this space; Chengdu Taste. I can’t help but to order mung bean noodles whenever I see them. I just love that silky texture. And cold noodles are great on a hot day.

We also got a bunch of other appetizers including spicy radish, tripe and seaweed. The portions were generous.

We probably needed more spicy wontons. These were all pork. I would like to try the pork and shrimp ones next time.

We got both plain pork and pork and crab soup dumplings (xiao long bao). You get fewer pork and crab but they were were delicately made. I got the crab essence. I could have had this entire order just for myself.

PP Pop is known for their beautiful potstickers that look just like great gyoza connected by “lace.” Mr. Dragon doesn’t disappoint with similar dumplings. They were very juicy. 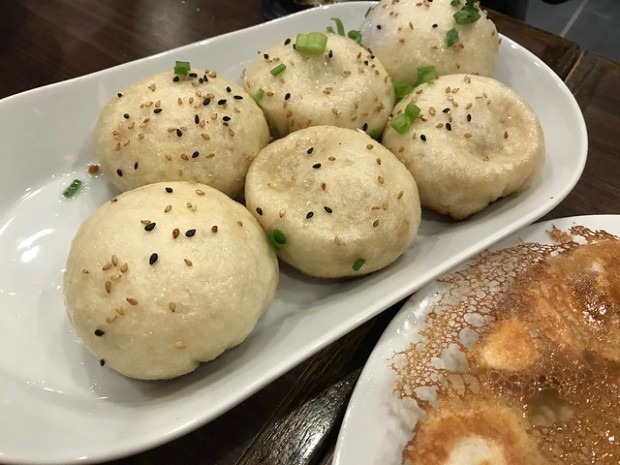 We were touring all the wonderful dumplings in SGV just in one restaurant! We also got shen jian bao. Like juicy soup dumplings, these are filled with soup. They were more bread-y than other spots but the filling was good. 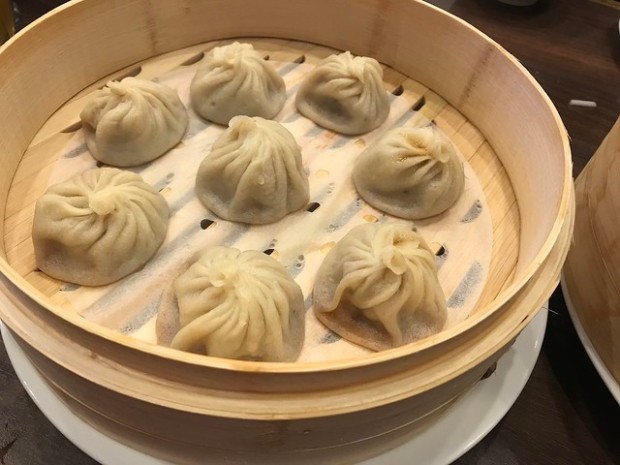 As mentioned we got the pork soup dumplings as well. I didn’t try these (as I was focused on the pork and crab). Next time!

I knew we had to get the popcorn chicken when I saw them on the menu. They turned out great. I love fried chicken.

The fish noodle soup reminded me more of ramen. The broth and use of corn and bamboo shoots are familiar ramen toppings. However the bok choy and fish were very Chinese.

I liked the pork and shrimp noodle soup. Great broth. And despite the corn, it was not ramen-like to me. 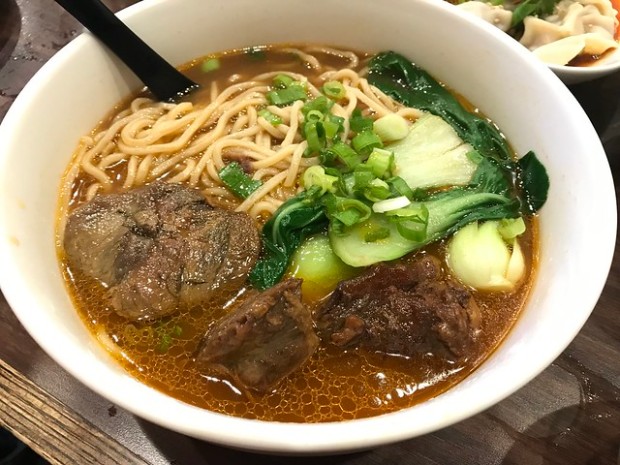 Lastly, Mr. Dragon is pushing their beef noodle soup as their signature. Of the three soup noodles, this was my group’s favorite. However, I thought it was fine. I want to try the spicy version next time. I did love the bok choy in all three bowls. They were super fresh greens.

I most definitely will go back!

One thought on “SGV: Dumplings at Mr. Dragon”