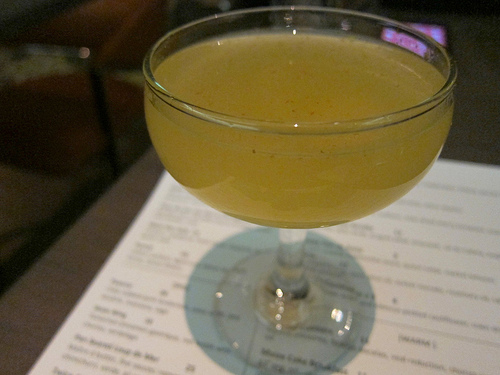 A few weeks ago, I finally tried the Playa Room menu at Rivera. I was slightly saddened I didn’t take pictures of the  meal since I was going to Cirque Berzerk afterward and didn’t want them to confiscate my camera. My favorite dish that night was the Pismo clam. I have now tried every menu at Rivera with the exception of the tasting menu but I’m sure that’s coming eventually. 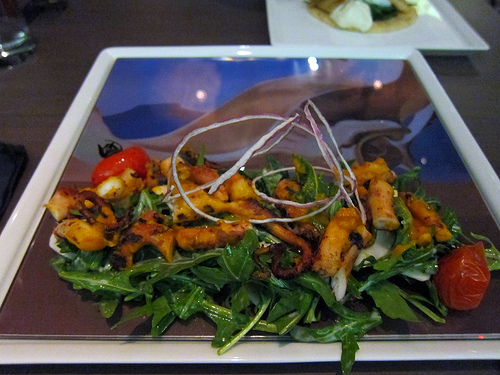 John Sedlar’s new Playa restaurant opened last Friday in the old Grace space so I had a whole new menu to explore. It was a figuratively long journey to get to Playa last Thursday. Test Kitchen’s email list was invited to attend a special preview and fortunately for me, Charles Thompson of 100 Miles invited me along. 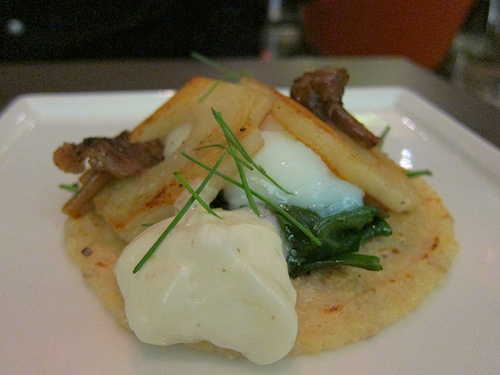 All the small plates looked exciting and we opted to order a few of those as well as an entree to share. When it came time for dessert, we couldn’t resist a fruity one along with a chocolate-centric one. 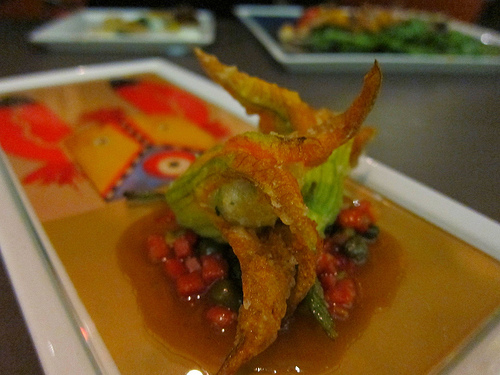 The cocktails were created by long-time Rivera beverage director, Julian Cox who moves into his new role at Playa with ease. I was happy to see all the Test Kitchen bartenders in the house this night. The bar is beautiful with the wall of booze and if the short list doesn’t intrigue, then asking a bartender to make a “Bespoke” (bartender’s choice) is equally fun. I ended up tasting versions of my favorite whiskey cocktails this evening in a mostly tequila/mezcal oriented bar. 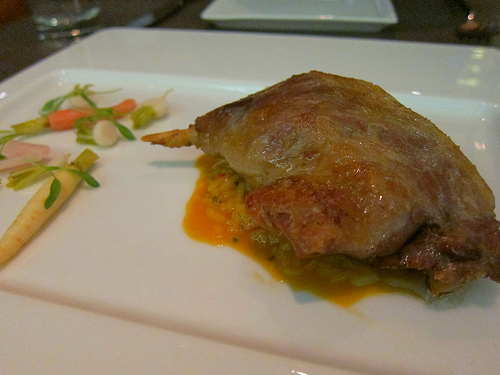 We started with the Octo-Palm (grilled octopus, palm hearts, scallions, oven-dried cherry tomatoes, oven-dried red onion). Although the plates are very familiar (big white squares), Playa brought out the octopus on a plate depicting a gorgeous mesa. As an artist, I really enjoyed this plating and design.

Next, we had the Maize Cake Breakfast (63 Degree egg, pan-seared potato, espuma de queso, black trumpet mushrooms, truffle cheese). Our server had told us all the meats were sous-vide and I noticed at the bar the eggs were as well to get that perfect 63 degrees. 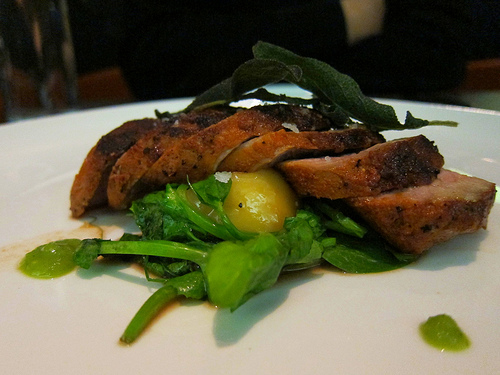 Our Arroz con Pato (duck confit, baby vegetable pickles, arroz blanco jus, fresno chiles, chives, micro cilantro) was very tender but I wished they hadn’t taken away the plate before I could snack my way through the rest of the pickled baby veggies.

My favorite dish of the night was the Puerco (chile-rubbed pork tenderloin, salsa verde, pea tendrils, manzana, sage). At Rivera, I order the Puerco somewhat frequently for lunch and I’m pleased to say this version is even better. You can’t tell from this picture but I really got a kick out of the skull embossed white plate. 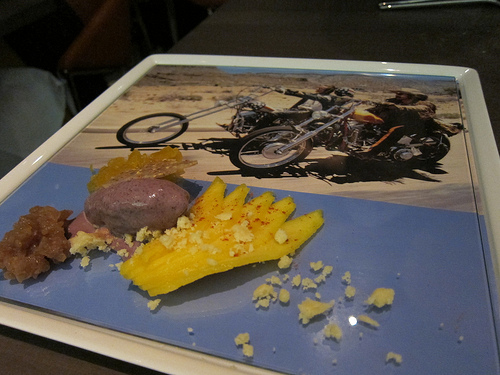 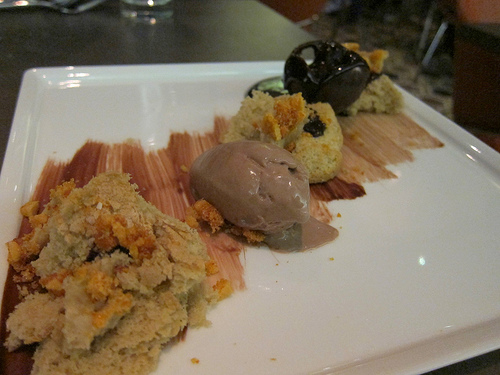 We opted for the Amarillo (ripe mango, corn shortbread, passionfruit and tamarind gelees, black rice ice cream) and Pastel Cafe (mocha sponge cake, espresso creme, toffee honeycomb, Colombian chocolate ice cream) for dessert. The mango was described as a “fan” which turned out not to be a typo (flan, anyone?) but instead, a fan of fruit. It wasn’t my favorite but I did like the presentation with the motorcycle pictures. The Pastel Cafe worked out much better; everything from chocolate being poured on the sphere which was broken to reveal fresh raspberries. 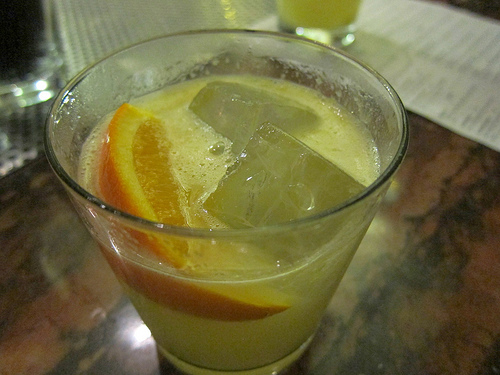 How Do You Say Hot in Portuguese?