Baz Luhrmann: Show at the Barre 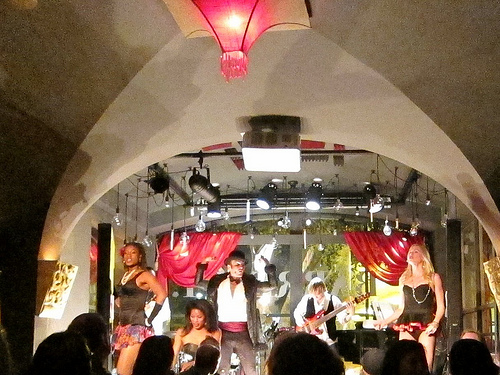 For the Record: Baz Luhrmann is playing through June at Show at the Barre. I attended a couple of weeks ago because not only do I love musicals, I love Baz Luhrmann. I grabbed my BFF who also shares my love of Romeo + Juliet and Moulin Rouge to attend. 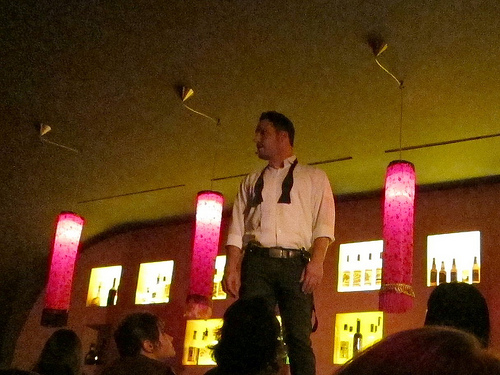 At first, I didn’t realize that the performers would actually act out some of the scenes from the movies. They started with Romeo + Juliet and also did a few songs from Strictly Ballroom. Admittedly, this movie is completely cheesy but I still love it. And the songs took on a deeper meaning despite listening to the soundtrack countless times. 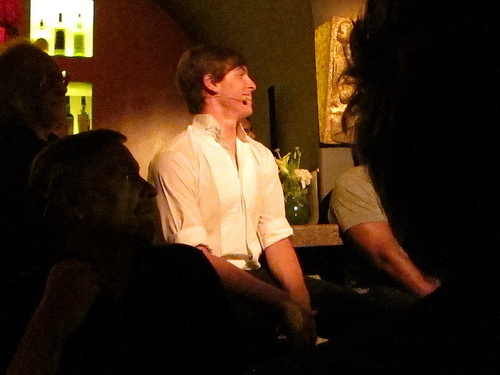 Also, the show is touted as 360 degrees so they move through the bar and dining room, often getting on the bar and singing anywhere they can around you. I recommend sitting closer to the wall if you don’t want to get in the way. Amazingly, the wait staff manages to work with this, delivering bar bites and cocktails with grace. 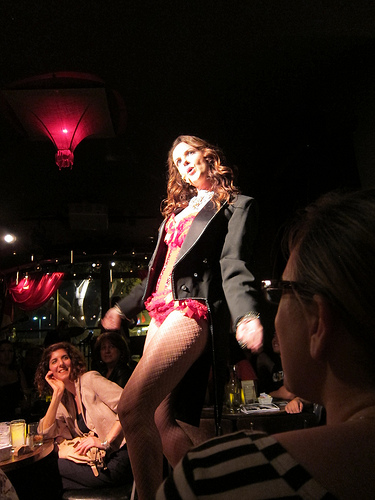 After a brief intermission (girl, run to the restroom!), we’re treated to songs from Moulin Rouge. This is when Ginifer King rocked it as Satine. I think she even looks a little like Nicole Kidman being a tall redhead.

We loved the show so much, we easily thought of a dozen people we could bring who’d also enjoy the show.

There is a two-drink minimum and we got some food as well. I opted for the Lovely Pear (Honey Eagle rare bourbon, Poire William, pear nectar). If you’ve ever been to Rockwell VT or Vermont, the food comes from their shared kitchen. 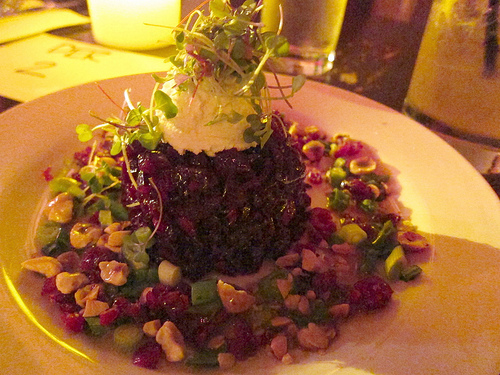 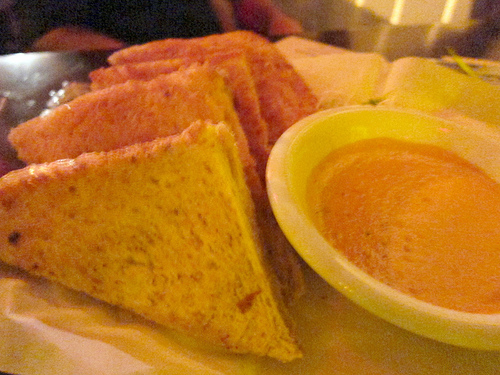 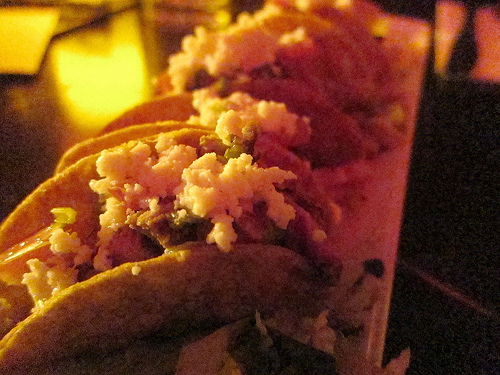 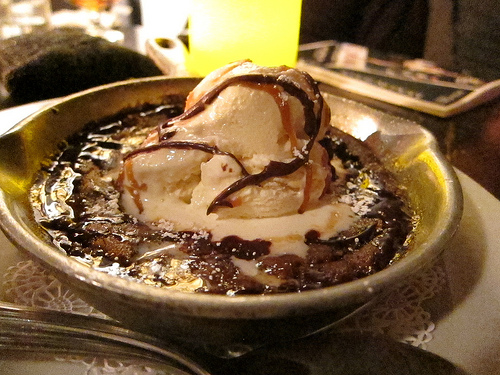 For the Record: Baz Luhrmann

Show at the Barre

7 thoughts on “Baz Luhrmann: Show at the Barre”