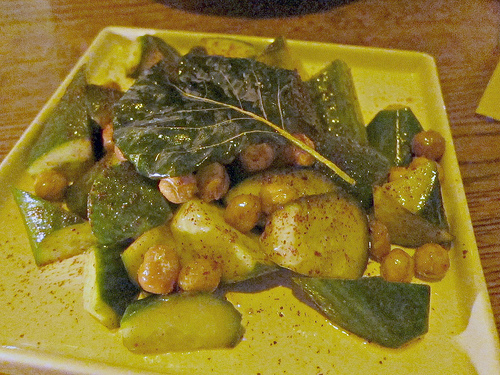 It’s been a little while since I’ve talked about the Gorbals. After the grand pig’s head dinner last December (I can’t believe it’s been a year!), my extreme foodie ways had me sampling the wild, weird and wonderful food some so nonchalantly espouse as their favorites. It’s true I do like certain offal– I hope Gorbals brings back tripe fries.  Though I’m probably going to pass on bull’s penis the next time someone offers. And definitely no more of that live seafood. 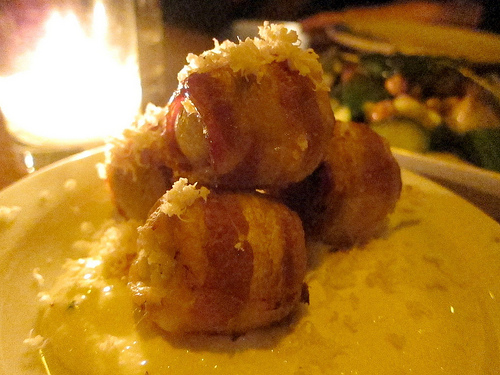 I took the Opportunarian to the Gorbals for her birthday back in late October. She had never been and I thought it’d be fun for her to try some of the more intense offerings at the Gorbals. Naturally we had the bacon-wrapped matzoh balls which are always fluffy and delicious. She wanted the garbanzo beans and cucumber salad which is a nice light starter. 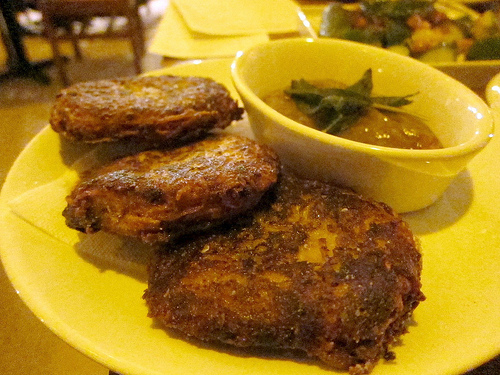 She also wanted the latkes which must be a crowd favorite as it’s still on the menu after more than a year. 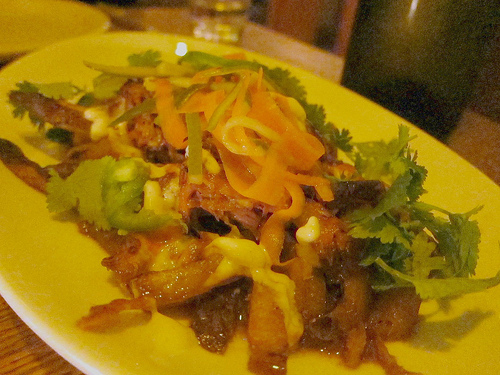 I insisted she try the banh mi poutine which seems a little different from when I last had the dish. They seemed a bit mushier. I like fries to be crispier but then again, this is poutine. 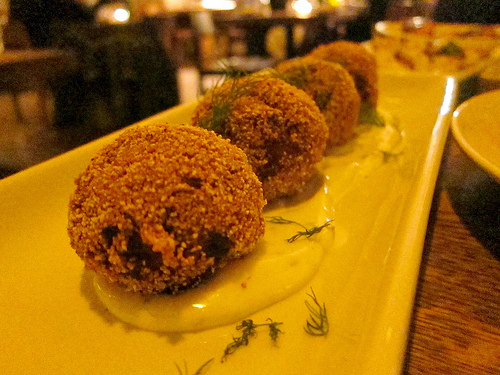 For this dinner, the “crazy” thing we had were the goat croquettes which isn’t very crazy at all. I happen to love goat but I felt the meat was slightly underseasoned. The crispy croquettes themselves were perfect. I discussed with our server and she thought perhaps it  would be better if the goat was a cube in the center rather than a ground meatball– but is it a croquette that way? 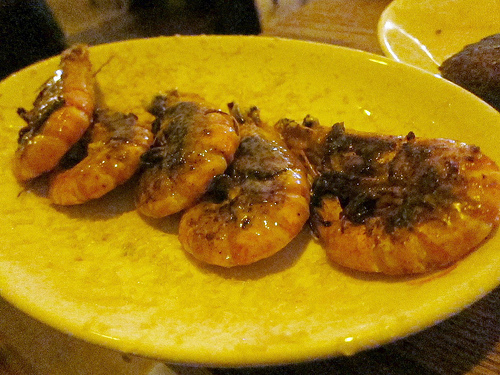 Yes, thank Chef Ilan for answering my call for more seafood. The prawns were massive and quite welcome. 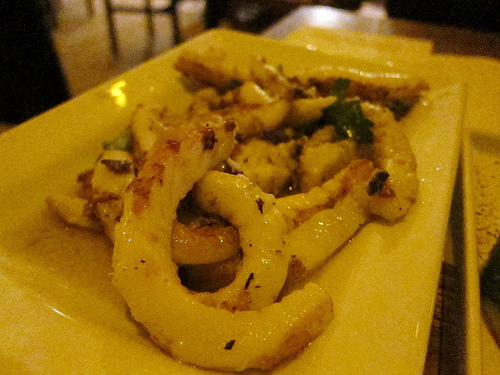 My absolute favorite thing about this meal was the grilled squid. They were like squid fries with garlic, parsley and a touch of lemon. By this point we were quite full so alas, no room for the sticky toffee pudding but one of these days I’ll try it.

Read about my other The Gorbals meals including the Pig’s Head dinner.

← For the Record: John Hughes Holiday Road Show
West LA: Back at Sotto →

One thought on “DTLA: The Gorbals”