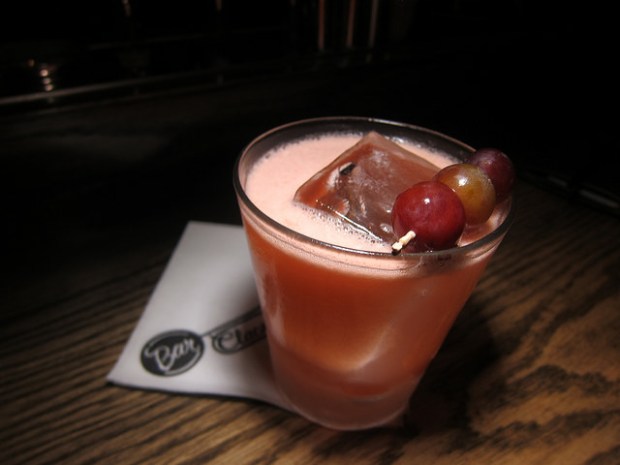 Bar Clacson is now open in Downtown Los Angeles. It’s a few doors down from Grand Central Market on Broadway. It’s currently only open evenings but there are plans for it to open earlier eventually.

The back bar is beautiful with lots of interesting spirits to look at but I was particularly drawn to the taps. They have lambrusco on tap! The casual spot would be great to start at or end your night.

I checked out some of the cocktails on the list which is divided into several categories low ABV and house standards.

My friend got the Garibaldi which I liked because I like rye whiskey and Campari. It’s not a Boulevardier though as it has citrus (lime in this case). It’s a nice one to start with if you don’t want a stirred cocktail. 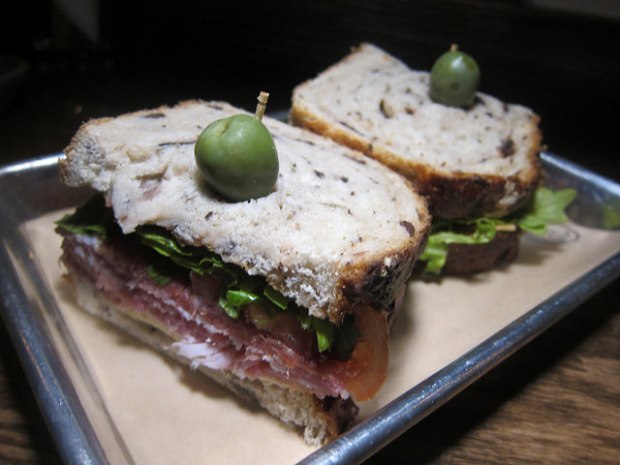 The Cooler is a magnificent sandwich. It’s basically every meat they have at Bar Clacson. When you can’t decide between calabrese, capicolla, mortadella, serano ham, sopressata, proscuitto or speck for a meat board, just get them all as a paninni! I loved this bread that’s baked by Cole’s French Dip. 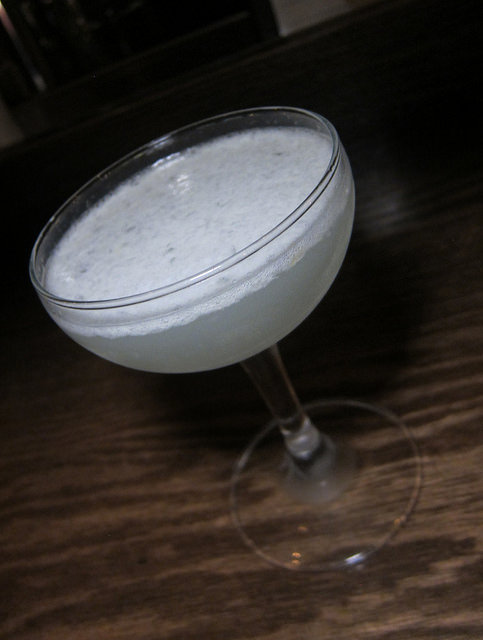 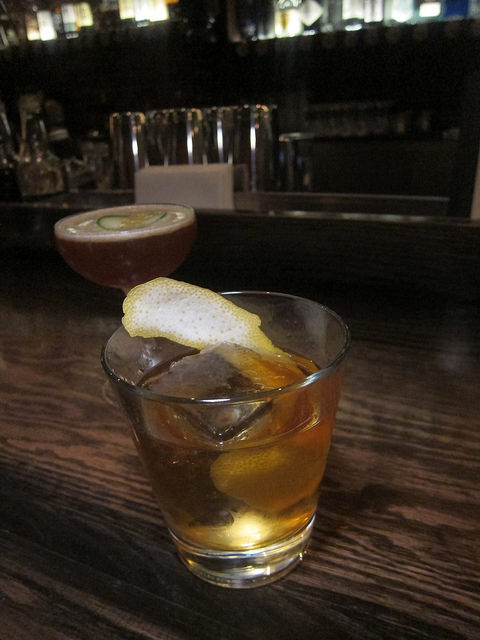 I like mezcal. I like Meletti. When you stir the two together and add orange bitters, it makes a great BBS (brown, bitter, stirred) for the Minty. 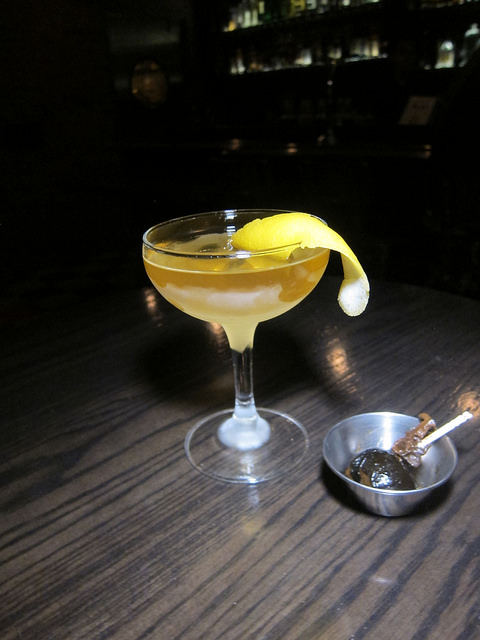 Despite the tabasco, the Dragon’s Breath ended up being a bit too sweet for me. I am glad for the pickled walnut to nibble on to help bring together the savory elements. I asked for the specs and I think I’d cut back on the apricot liqueur personally. My drinking buddies liked it though so maybe I just have a drier palate. 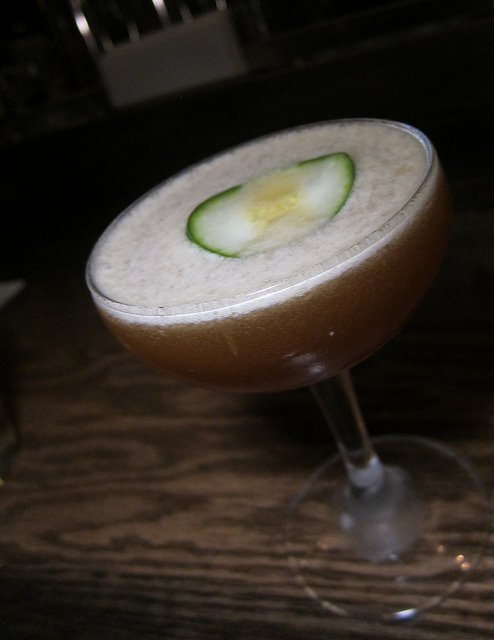 I loved the name, Right Now, and it was a very balanced drink as well. I liked that the spirits and amari I normally think of as ingredients for boozy cocktails were turned into refreshing drinks. This one with gin and Cynar is something I’d try to replicate. I like cucumber but tend not to like it in cocktails because I think it waters down a drink. This one was definitely not the case. 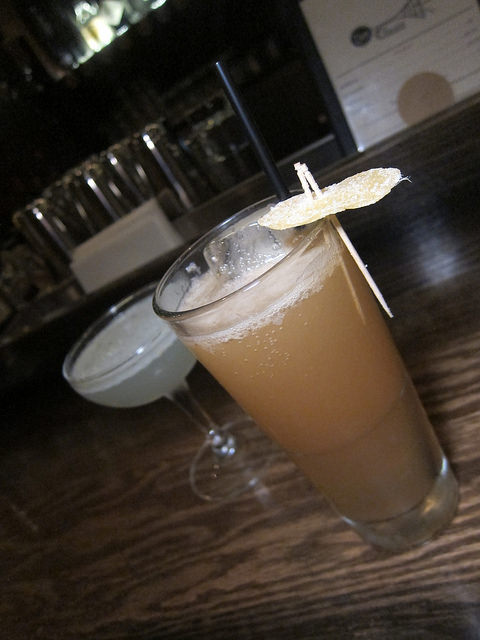 If you ended your night at Bar Clacson, a good one to get is the Roof Garden instead of just a bitters and soda. This ginger and blanc vermouth drink is just so festive. And it’ll help settle whatever big meal you just had.

Eventually Bar Clacson will open another bar in the back that even has a second floor. The plan is to open it around April of this year. I can’t wait for this bar. It’s going to be a very simple highballs bar (from the soda gun!) and a good place to hang. I got a sneak peek and it’s beautiful. It reminds me of 70s drinking dends. So you’ll get a little bit of everything- food, cocktails and a chill place in the back.

4 thoughts on “DTLA: Checking Out the New Bar Clacson”