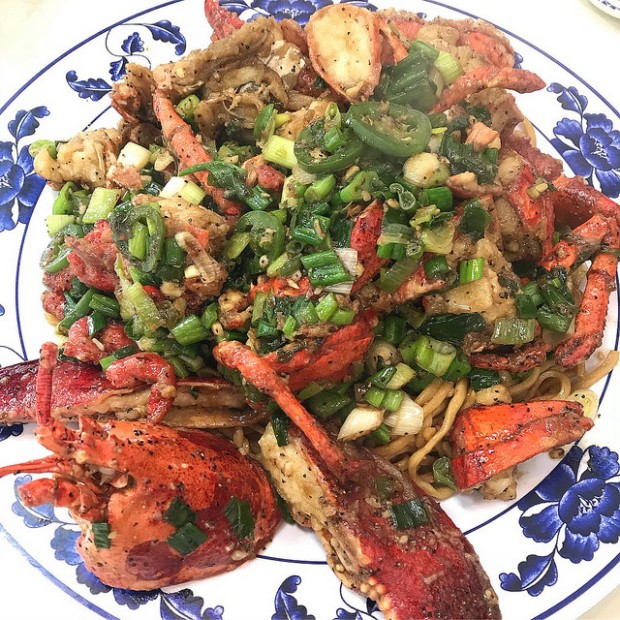 Sadly Shaaxi Gourmet closed but don’t be too heartbroken because New Century Lobster has taken over the space in Rosemead. New Century is another clone of Newport Seafood which I feel is still the gold standard of the “house special lobster.” However, New Century is on par with Boston Lobster and slightly better than 626 Lobster. Since it’s so new, there’s no wait which is a huge plus. Plus the servers all very friendly and good service is sometimes hard to find in the San Gabriel Valley.

House special is a blend of pepper, sliced chiles and lots of green onions.

We ordered a “small” lobster and added noodles to the dish (of course we did!). Prices are a bit steep in comparison to the three I named above but then again, we couldn’t resist the geoduck done two ways. The lobster plus noodles was around $80 ($8 per person for noodles and there were two of us so the noodles were $16). The geoduck at market price for the soup and sashimi was a little over $80. We loved everything and thought it was fine but I’d advise asking what market price is in the future. Or just bring a big group to divvy up the cost! 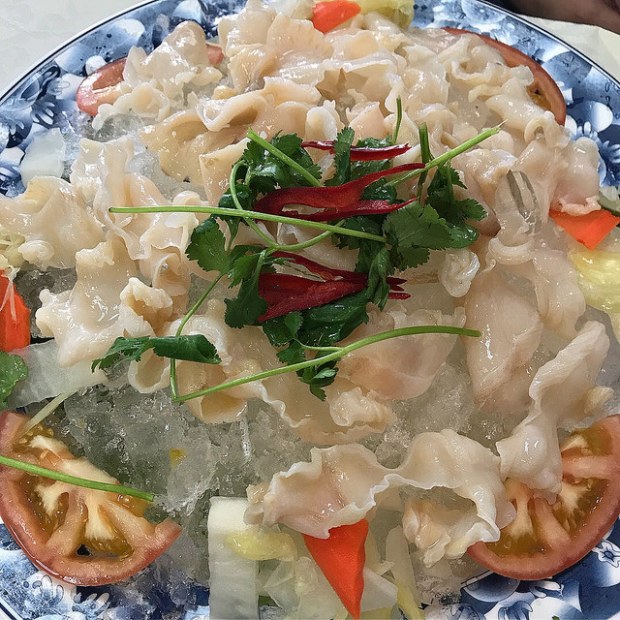 The lobster and geoduck were so fresh. I loved the fat lobster pieces and there were so much roe which my dining partner enjoyed. We liked the light gingery broth and tender pieces of geoduck. I was afraid the geoduck would be overcooked but it was perfect. 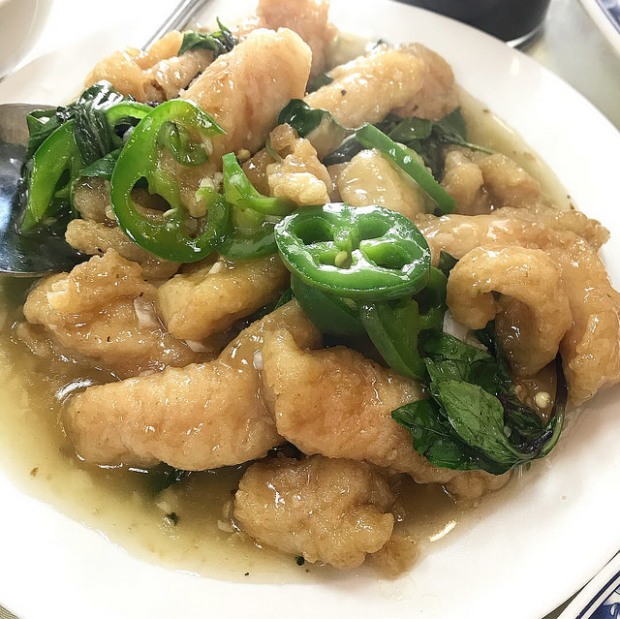 I’d skip the lunch specials next time. We got the basil fish off the lunch list but I don’t particularly enjoy battered fish even if it’s done with a light hand. Still the sauce was good and went well with rice. It also came with soup and we were given hot and sour soup when we were seated. I found that amusing since it became obvious we were looking for all the good stuff when we ordered. 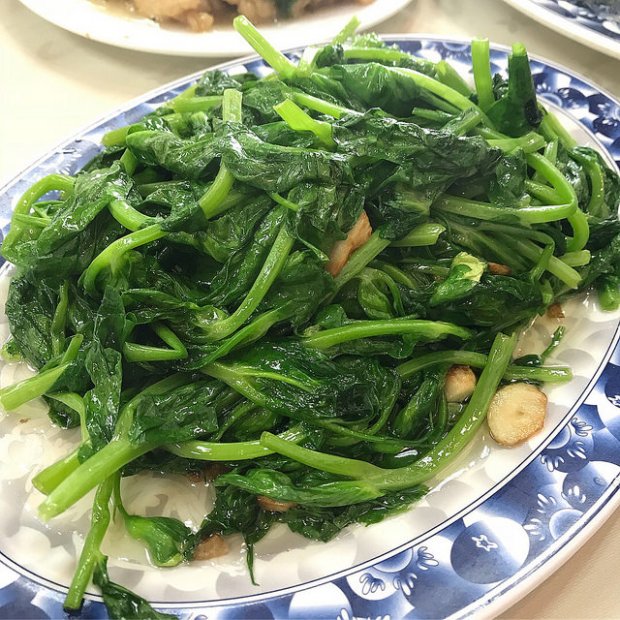 I was excited to see razor clams on the menu and I wanted some good ones after the chewy (sad) ones from nearby Diep Thanh Thanh but sadly they were sold out. They had sold more than 100 portions the night before! We got some pea sprouts (they were also out of ong choy) to round out our meal.

The menu is very sizable but I see myself getting the lobster every time.