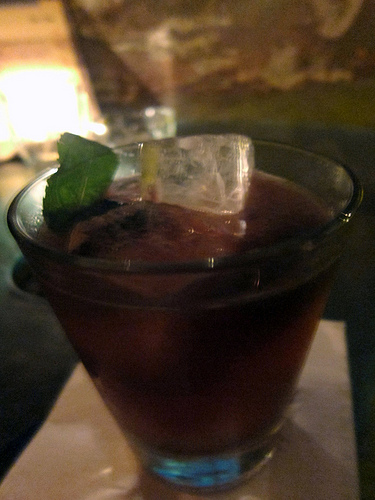 The latest endeavor from the Houston brothers, owners of La Descarga and Harvard & Stone is the French-themed Pour Vous. It was anticipated to open last week (as told during Taste of the Nation) but like many anticipated new restaurants and bars, the date has been delayed to 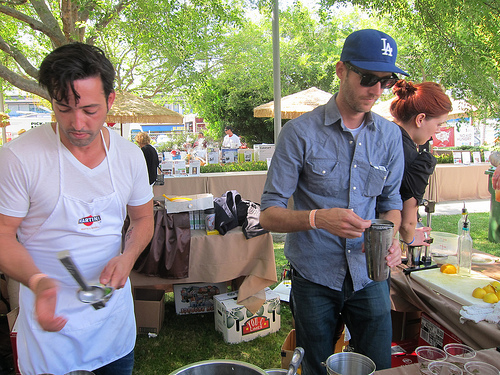 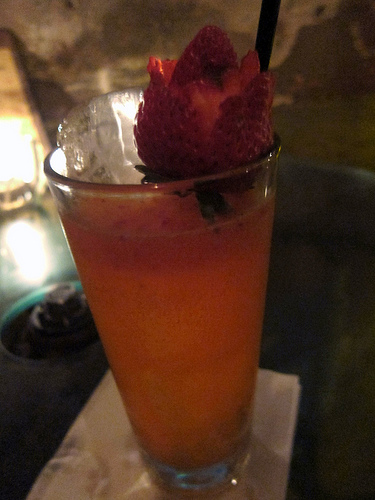 I went to a preview of Pour Vous at Harvard & Stone. The drinks were created by Pablo Moix and Steve Livigni. Davidson Fernie was mixing in the back R&D bar. I already had the Cinq a Sept at Taste of the Nation. The others included Black Magic, Moulin Rouge, Catacomber and Panache (really a shandy- beer and lemonade). 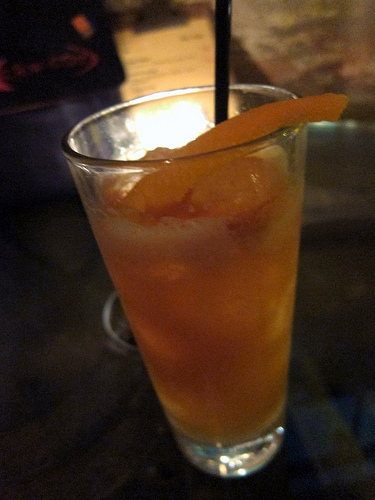 Moulin Rouge – vodka, strawberries, bianco, lemon, champagne. We ordered two and got the second one with gin instead of vodka. Preferred it with gin.

There have been other previews with other cocktails and perhaps there’ll be more. Check out some other drinks here in Savory Hunter’s post.