My Week with Acura’s ILX #weekwithILX

Last week, Acura gave me their ILX hybrid for a week to test-drive. I thought it was pretty fun to drive it around to some of my favorite spots and also on a roadtrip to Las Vegas. On Tuesday, it arrived and it was just so shiny! It was black with gray leather interior, just like my current car but the difference is this had technology my car sadly doesn’t have like satellite radio. I have driven a hybrid once or twice so I was familiar with the concept you had to turn the car on and off by pushing a button. I really also enjoyed not having to put a key in the ignition.

Acura still wants to hear from you so if you would like to win the car for a week, leave a comment or tweet using the hashtag #weekwithILX. You could also win $50 or $100 gift cards. 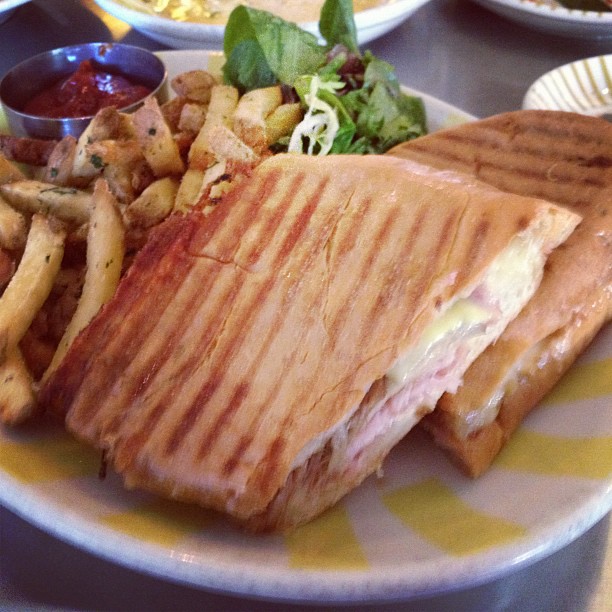 On the first day, I met up with friends at Border Grill for lunch. As I zipped up the streets of Downtown LA and then down the many levels of an anonymous office building to find parking, I was thinking how neat it was the car had auto lights. Yes, my old car is O.L.D. so it’s the little things.

Later I texted my fine dining partner if she wanted to meet up for dinner. I was ready to drive the ILX somewhere far and by far, I suppose I meat the Westside. This Eastsider thinks Culver City is her turning back point these days. Good thing we went to one of my favorite restaurants, A-Frame. My dining partner hadn’t been before and loved the beer can chicken as much as I did. But we also had the clam chowder, a very Asian-fusion dish with the spicing elements leaning towards Thai. And the crab cakes which are always fun to wrap and eat with perilla leaves and lettuce.

I was finally able to zip past 40 MPH that evening as I had driven through morning and afternoon traffic. Wow, it revved up beautifully.

The next day, I hopped over to the California Endowment to check out the Mark Bittman lecture as part of their Center Scene series. While Mr. Bittman spoke about eating a more plant based lifestyle (which I do try to eat 7-9 servings of veg/fruit a day plus I eat very little dairy), I started thinking about dinner. 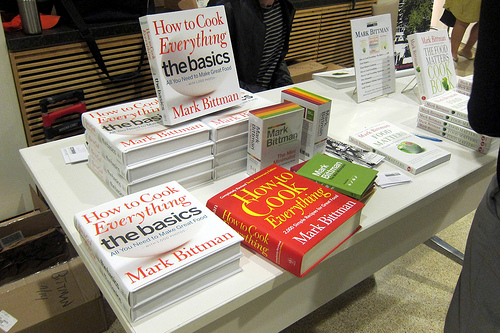 I texted the gay friend to meet me at Providence, a seafood driven Michelin starred restaurant. I sat at the bar as I didn’t have reservations but you know what? I like sitting at the bar. There’s something more intimate and fun. I got to watch all the staff running around and heard  the newest bartender going through a sparkling wine education (lucky!). 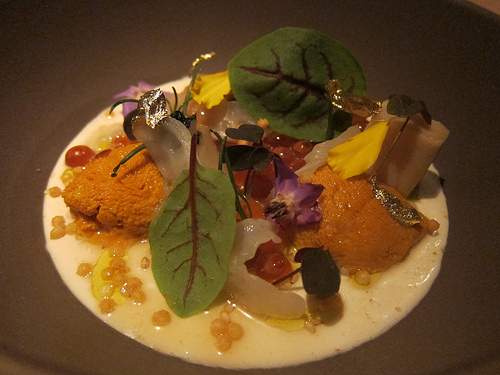 Also, you don’t have to order the tasting menu at the bar. So I picked out a few things like half a dozen oysters, two seafood appetizers and an entree. The gay boyfriend had soup and dessert. We traded food, attacked our bread and then later I took him for a drive. He really liked the car as well. His boyfriend is looking for a hybrid and this may be the one. We are both tall and we were comfortably seated. What’s great about the steering wheel is you can bring it out if you need to. And the backseat is very roomy as well.

The next day I was off to the final dress rehearsal for LA Opera’s new production of Madame Butterfly. I probably should have tested how the ILX would do in the Music Center underground parking lot, one of my most hated lots but I parked across the street. I’m not that much of a masochist even in a cushy ride. There’s only so much stop and go traffic I’m willing to put up with!

Later that evening, I jetted over to the Roosevelt. The ILX flew over the 101 and I made it there in less than 40 minutes from Downtown in evening traffic. I was pretty amazed. We were celebrating the Roosevelt’s 20,000 Facebook follower and checking out the new lobby menu. We had sliders, mini quesadillas and I met the new bar manager at Library Bar, Chris Hewes. 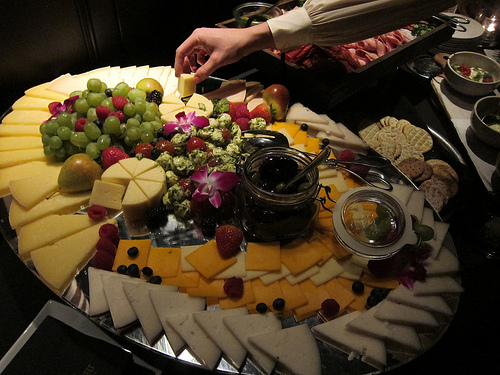 cheese plate at Library Bar at the Roosevelt

And then I had to rush on home as I had to pack for my Vegas roadtrip.

how many pairs of shoes can I fit in here?

If only I could just take all my shoes to Vegas.

It was Friday morning so there was a bit of traffic but we still got to Vegas in four hours. 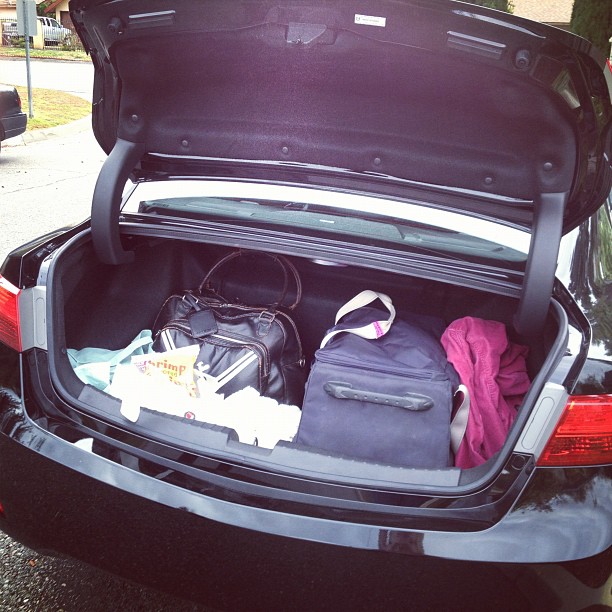 I have to admit the trunk is a wee bit small for me. After I removed some shoes (haha), we fit two weekend bags and some snacks in the trunk. We probably could have loaded up the backseat but we weren’t going away that long. Plus, what if there were cute hitchhikers. Just kidding!! Be safe! 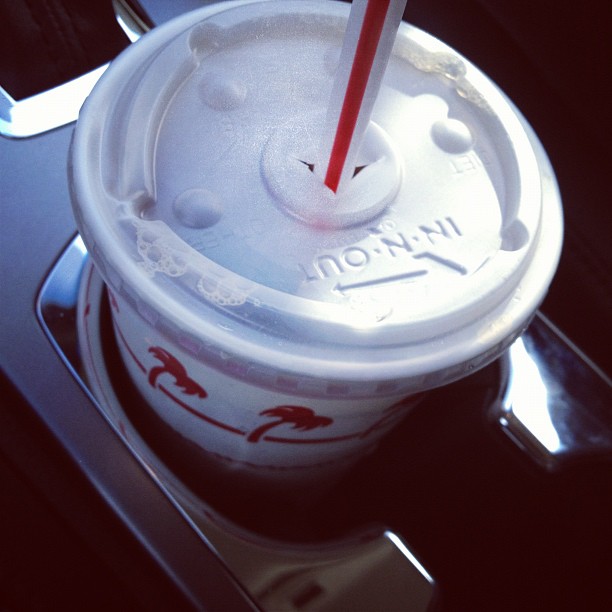 Roadtrips mean In-N-Out for me. Check out how deep these cupholders are!

That night, we went to Estiatorio Milos for dinner. I loved the place so much last time, I knew I wanted to go again. It was a seafood heavy weekend for us since we also went to Joe’s for steak and stone crab.

picking out our fish at Milos

I highly recommend the sashimi platter and listening to your server. Ours picked out the best fishie for us along with recommending half orders of their greatest hits- the greek salad, the octopus and I also got my favorite veggie dish- the horta.

The Second Mortgage at Joe’s

Did we eat too  much at Joe’s? Of course we did but we enjoyed it and then walked it off with a lot of shopping. Oh boy did I shop. I hope there is trunk space! (There was).

Wicked Spoon at the Cosmopolitan Hotel

And all too soon, the trip was coming to an end. We lasted four rounds at the Wicked Spoon buffet and then got on the road. It took 6 hours to drive home but it hardly felt like it. I did stop for gas on the way there and on the way back but I didn’t really need it on the way back. I was getting great gas mileage. 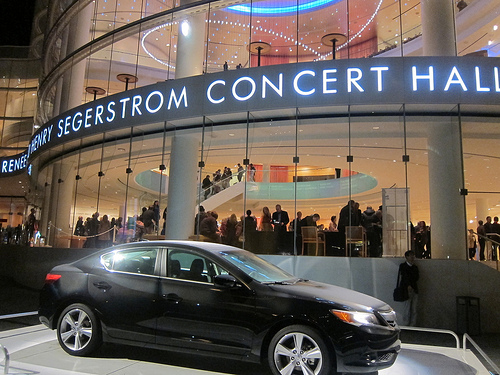 Acura ILX on display at the Renee and Henry Segerstrom Hall

I thought I had said goodbye to my ILX but I saw the technology package version of it last night in Orange County. Pretty snazzy, right?

Now, don’t you want it for a week?

Acura has invited me to test the new ILX and share my honest thoughts through social media.  I may receive product, access or content, but all commentary is my own.

8 thoughts on “My Week with Acura’s ILX #weekwithILX”