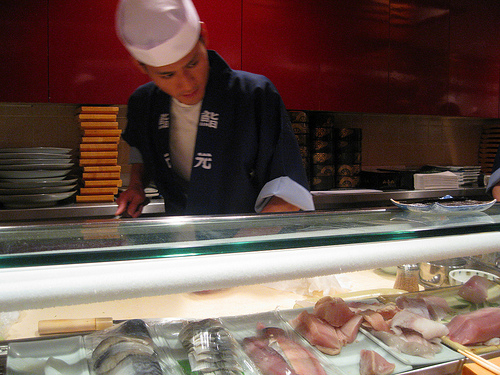 I don’t generally invite myself to things but when I saw the Noodles Partner and another friend were going to Sushi Gen, a spot I’ve always wanted to try, I asked if I could come along. They welcomed me with open arms. Though I feel a bit guilty because I think we ate way more than we should have (read: spent $$$). 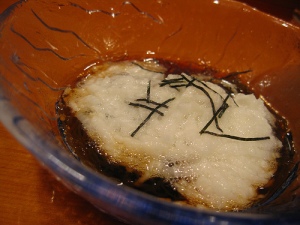 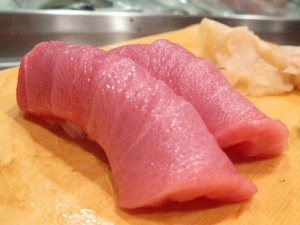 The toro was so good that I had two orders! 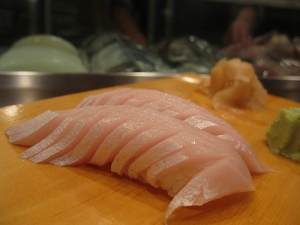 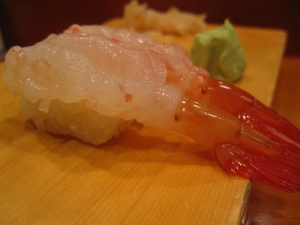 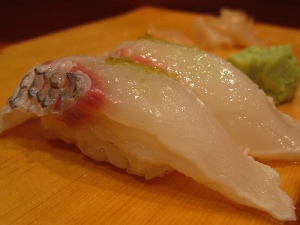 The guy next to me at the sushi counter kept ordering red snapper. He must have had 5 orders of this. Served with a bit of spicy sauce, I can see why he loved it. 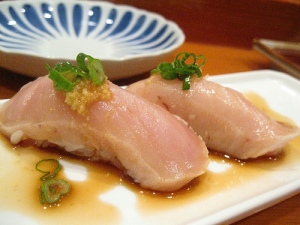 I’ve never had albacore so good before. I generally think it’s a little dried out when seared but this was perfect. 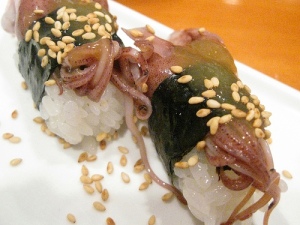 My nickname is Baby Squid because I eat so much seafood. I’ve never had it as sushi before and LOVED this! 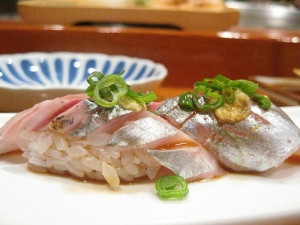 Spanish mackerel is one of my faves and this was great. 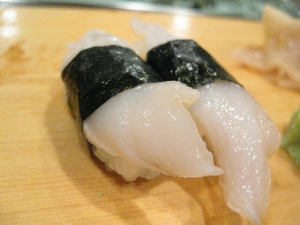 When I was in Seattle, I had mirugai sushi (geoduck, also known as giant clam) and thought this was better at Sushi-Gen. 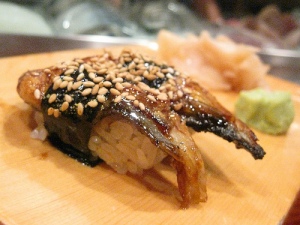 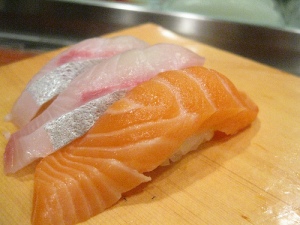 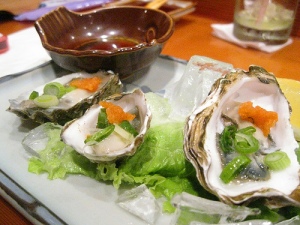 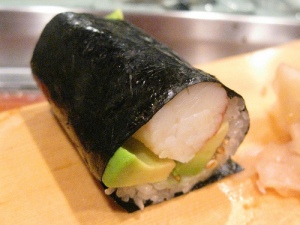 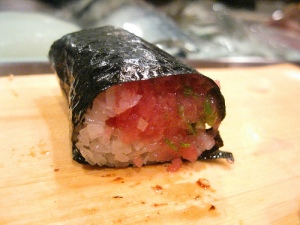 We staggered out of Sushi-Gen with happy tummies (and empty wallets). Back to eating noodles with the Noodles Partner but this is why eating really awesome sushi makes me hateful of the combo plates I sometimes “endure.”