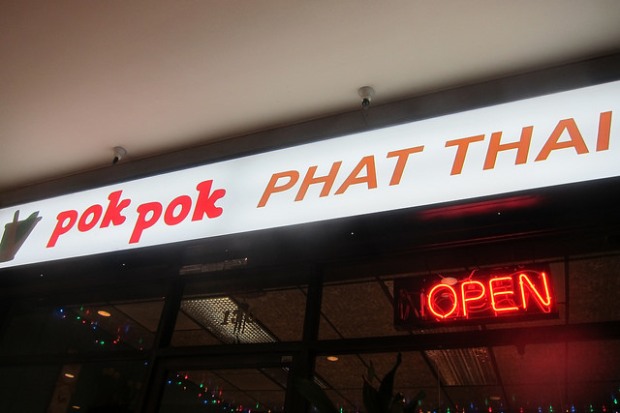 Chef Andy Ricker of Pok Pok in Portland has said he opened Pok Pok Phat Thai and the upcoming Pok Pok in Chinatown Los Angeles for the ease of getting Thai ingredients from the nearby Thai grocery store, LAX-C. The giant store is dubbed the Thai Costco by locals. LA foodies eagerly anticipated for the little noodle shop at the Far East Plaza to open. I tried to go the first days it opened but they sold out of food quickly. Luckily now they are more prepared for the hungry mobs and stay open later on weekends. And if you time it just right, you can even do a food crawl hitting up Chego, Ramen Champ and Scoops all on the same day. 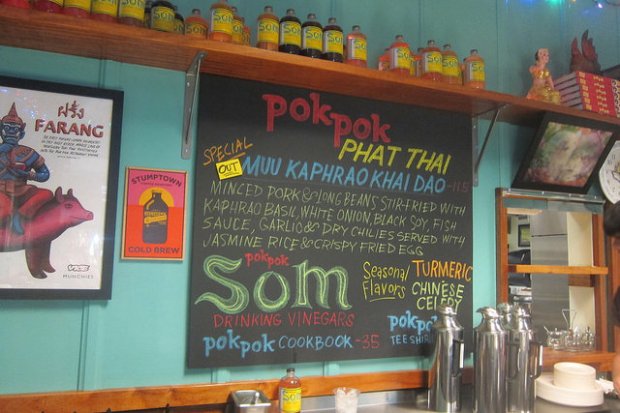 I liked the bright colors of the shop and the offerings reminded me just a bit of Sticky Rice‘s newish noodles venture. 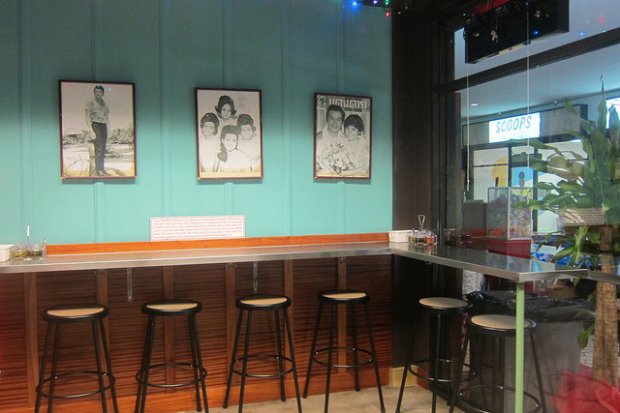 There’s limited seating inside but there’s plenty of communal tables outside. 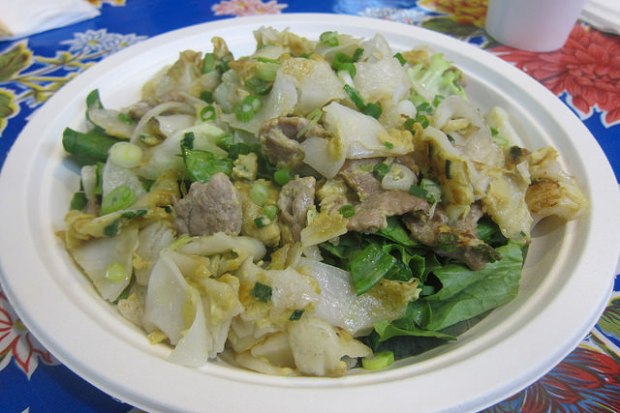 My friend ordered the phat thai (pad thai) with pork and shrimp. We found the flavors to be pretty bland but it was jazzed up with lots of dried chili flakes.

I ordered the kuaytiaw khua pet, which were the fried noodles with duck. I really liked that the noodles were served on top of lettuce. Frying the noodles in duck fat really made this dish.

I’d love to come back to try some more dishes. But while we wait for Pok Pok to open further up the street, LA does have a thriving Thai Town and my favorite Thai restaurant, Night + Market Song can’t be beat.

← Koreatown: Philly Cheesesteak at Whiz
Chinatown: Getting Down with the Ramen Champ →