The Minty’s Wonton Party: The Congee 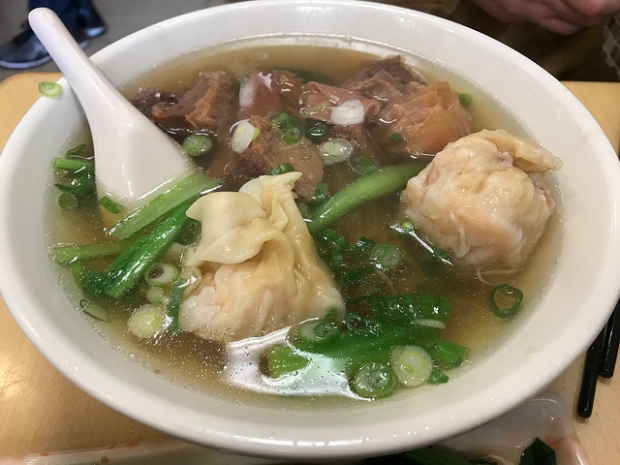 Yesterday I began my Wonton Week on The Minty. My deep love of the shrimp and pork dumplings are well known. They are a classic snack in Hong Kong and Guangdong (Canton) . I grew up eating them in Los Angeles for lunch. When I was a kid, they were filled enough to have the wrappers trail behind in the soup like fish. But I’ve noticed things have gotten supersized in America including Chinese dumplings and wontons.

They are enormous at The Congee! I think they’re only bigger at Noodle Boy at the other end of Valley Boulevard. 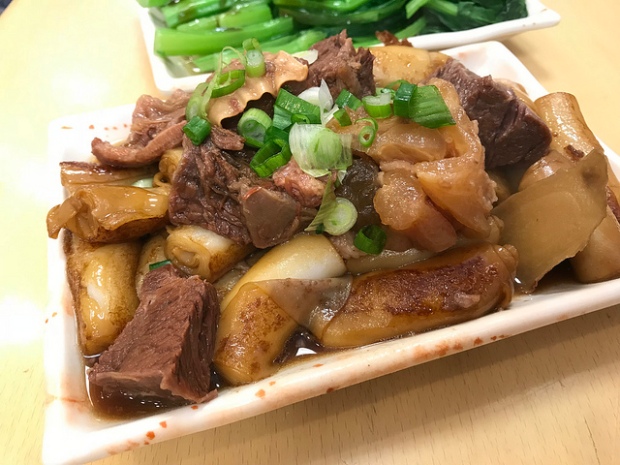 My friend and I also ordered the beef stew pan fried rolls. I didn’t realize this would be the same beef stew in our wonton noodles. I should have ordered plain noodles. This meant our bowl of noodles only had two wontons. Sure, they were big but I wanted another taste so we then ordered a wonton soup (no noodles).

We really enjoyed the beef noodles. The beef was super tender.

When you go to a place called the Congee, you feel obligated to order the namesake dish. I liked the congee (or jook) but I like my porridge just a bit thicker and with more substantial bits of century egg (thousand year egg or preserved egg or 100 year old eggs, whatever you call them, I love them).

I hear Delicious Food Corner has the best congee in town so I’ll have to go try them soon.

I felt like I was in Hong Kong ordering a side veggie which was gai lan covered in oyster sauce.

But if you don’t feel like getting greens, there’s a small amount of greens with the soups.

As mentioned, these were big babies! We had leftovers galore and it took me a few days to finish them. 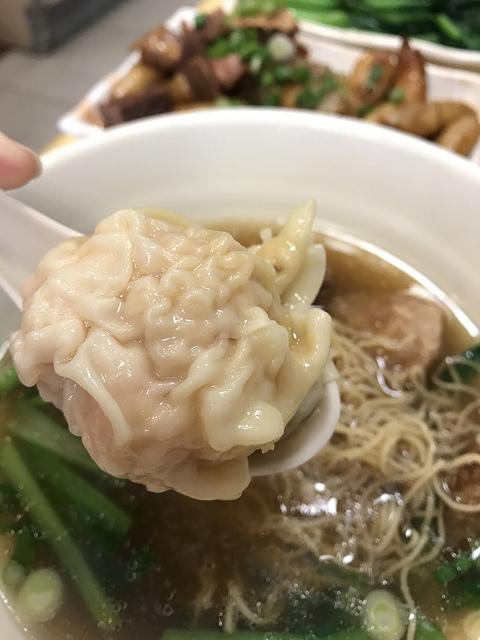 I thought the noodles were good and I liked the beef a lot. But bigger is not necessarily better. I did like all the shrimp but the wonton tended to fall apart and it really should be a two-bite thing.

But who am I kidding, if I go back to the Congee, I’d order them again. I also want to try their fish balls as well.

Other Wonton Spots in SGV

One thought on “The Minty’s Wonton Party: The Congee”